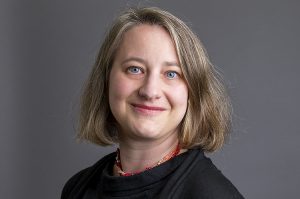 Golar LNG Limited (“Golar LNG”) is one of the world’s largest independent owners and operators of marine-based LNG midstream infrastructure, active in the liquefaction, transportation and regasification of natural gas. Its shares are listed on NASDAQ (NASDAQ: GLNG).

The sale and leaseback financing between Golar LNG subsidiary, Golar Hilli Corporation, and Fortune Lianjiang Shipping S.A. (“Fortune”), an indirect subsidiary of shipping conglomerate CSSC (Hong Kong) Shipping Company Limited – which was documented in September 2015 while the vessel was undergoing conversion from a Moss-type LNG carrier to an Floating Liquefaction (FLNG) vessel in Keppel Shipyard in Singapore – completed on 20th June 2018, resulting in an additional US$320 million in liquidity being received by Golar LNG and minority shareholders Keppel and Black & Veatch (10.89%). This followed commercial acceptance of the Hilli Episeyo under its Liquefaction Tolling Agreement with partners leading Anglo-French independent oil & gas company Perenco Cameroon SA and Cameroon’s state owned oil and gas company Societe Nationale Des Hydrocarbures, and the vessel’s entry into full commercial operation off the coast of Kribi, Cameroon on 4th June 2018. Gazprom Marketing & Trading are the offtaker of LNG produced by the project.

“We were very pleased to advise our long-standing client Golar LNG over the past three years with both the conversion financing and this lease financing of the FLNG Hilli Episeyo for the operational phase of the project in Cameroon. The Hilli Episeyo epitomises Golar’s exceptional innovation, as not only the world’s first converted FLNG, but also the first fully financed FLNG. We were delighted to have been able to assist Golar again in order to conclude this important financing.”

The Ince & Co team have advised Golar on a number of vessel sale and leaseback financings in recent years, including the LNG carriers Golar Crystal and Golar Seal and the FSRUs Golar Eskimo and Golar Tundra.

NRF Singapore acted for Fortune on the delivery.