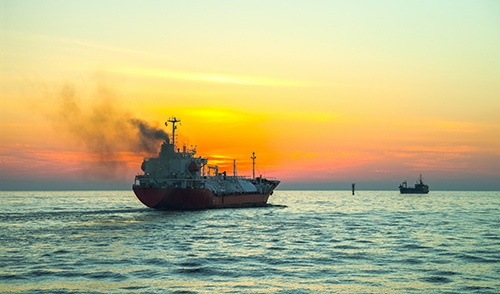 In the United States, ocean-going navigation has been an area “where the federal interest has been manifest since the beginning of our Republic” and reflects a desire to avoid “embarrassment for intervention of the separate States and resulting difficulties with foreign nations.”  United States v. Locke, 529 U.S. 89, 99 (2000).  However, when the federal government does not speak clearly and comprehensively to assert a national interest in uniformity — either through federal legislation or the signing of an international treaty, the individual states and their political sub-divisions have substantial latitude to regulate the sphere as they see fit.

State-by-state regulations to facilitate the implementation of certain green technologies, well-intentioned though they may be, will result in multiple, and possibly inconsistent, regulations.  Further, a state agency’s narrow constituency may have little interest in balancing its concerns with broader needs of navigation and commerce. These issues may impede widespread investment and technological adoption, precisely as feared by participants in the Technology in Shipping report.

One example can be found in the State of California’s ongoing attempts to regulate ballast water discharges to a degree that exceeds strict standards adopted by the IMO and the US Coast Guard with assistance from the US EPA, and indeed which exceeds the limits of existing technology.

Ballast water discharges have been linked to the introduction of invasive aquatic species and pathogens. The installation of shipboard ballast water treatment technologies is complex and expensive. As such, private industry has been hesitant to make large investments in new technology in absence of certainty over implementation and enforcement of ballast water discharge standards. The shipping industry does, however, support global regulations, which they feel will facilitate reduction of invasions globally and facilitate the development of effective treatment technologies in a timely and effective manner.  To address these concerns, the IMO’s “International Convention for the Control and Management of Ships’ Ballast Water and Sediments”(“BMO Convention”) was adopted in 2004, ratified in September of 2016, and entered into force in September 2017.

On paper, the BMO Convention sets forth standards that are less stringent than the standards promulgated by the State of California.  In practice, California’s regulatory levels rely on unproven or non-existent technology and thus it is unclear what results, if any, they can hope to achieve.  In a 2006 report, the State recognized that “[t]he recommended standards [were] more stringent than those proposed in either the International Maritime Organization (“IMO”) Convention or in the proposed Congressional legislation (SB-363).”  At that time, it was also recognized that “development of ballast water treatment technologies [was] still in its infancy” and “there ha[d] been only a few demonstrations of ballast water treatment systems onboard ships.” Even so, the State’s stringent standards were adopted as part of a “technology forcing” policy strategy with the “expect[ation] that private industry will play the main role in developing effective technologies” to meet them.

By 2014, federal rules were also in place from the US Coast Guard and US EPA that established a pathway to mandatory treatment of all ballast water discharges to US Waters, including California.  These uniform federal rules embrace the use of best available technology on board vessels for treatment of ballast water to mitigate the risk of introductions of invasive aquatic species.  These federal rules are also generally consistent with the BMO Convention.

Despite this, California maintains that the BMO Convention standards “are inadequate to sufficiently reduce the risk of introduction of new nonindigenous aquatic species that could have significant damaging impacts on California’s aquatic ecosystems and on its economy.”  Based on this conclusion, the state has maintained its ballast water standards on the books, delaying until 2020 their interim enforcement and until 2030 the aspirational “zero” standard.

As noted in 2014 by the Pacific Merchant Shipping Association, the inconsistencies between “California’s standards, and the [ ] standard which has been adopted federally, internationally, and by all other coastal states, coupled with the recognized limitations of both [Best Available Technology] and the means to accurately measure and enforce California’s standards has now placed us in a situation where the perfect has become the enemy of the good.”

Without a permanent alignment of state and federal regulation of ballast water, California ultimately invites non-productive or counterproductive “solutions,” such as port avoidance and/or longer voyages. Additionally, by implementing different standards than federal or international requirements, California is potentially laying the framework for significant negative economic impacts to the multibillion dollar business conducted at Californian ports.  Thus, “by differentiating itself from the global problem, California may actually [be] caus[ing] delays in solving it.”

This problem is not limited to ballast water management.  With air quality rules becoming more and more stringent across the globe, and regional bodies acting ahead of the IMO on questions regarding reduced fuel consumption and cleaner vessel operations, a number of divergent standards are now being applied.  Turning once again to California, a vessel may be part of a fleet which calls on marine terminals in California which have invested in shoreside power infrastructure.  It would be inherently more cost effective to retrofit a vessel to meet the California standard if multiple other ports in the vessel’s current string were also operating shoreside power to the same uniform standard.  But, consider how much more cost effective and how many more emissions could be reduced at all ports of call worldwide if a vessel-based at-berth compliance standard were consistent worldwide.

These are just two illustrations of a broader problem. Generally, the adoption of green technologies is driven by the need for compliance with rules, the desire to enhance industry performance, or – most often – both.  Uniform compliance obligations will give more direction and encourage more investment into the development of green technologies.

Given the foregoing, it is not surprising that the Technology in Shipping Report identifies that the maritime industry strongly agrees that “alternative compliance solutions and strategies will see the most growth.” This is a corollary of how the industry benefits from uniformity of standards across the globe, as vessel operators can ensure that they are in compliance with environmental regulations even if they are employing new or innovative technologies, methods, or operations while in various waters and jurisdictions.

If you’d like to get more involved in topics like these, join one of the IMarEST’s Special Interest Groups here.  You can download the Technology in Shipping report here.

Fleet Optimization and Innovation Headlines of the Week 2018/06/27