The Women Who Flew for Hitler… 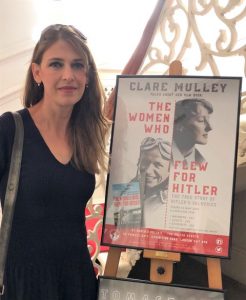 While some of their female contemporaries were beginning to enjoy new freedoms and to be dismissed by menfolk as flighty, two brilliant girls entering adulthood could dream only of flying as high as possible into what one of them called “the borderless sea of the air.”

The remarkable life stories of Hanna Reitsch and Melitta von Stauffenberg who became the leading and most daring Nazi test pilots are told by biographer Clare Mulley in The Women Who Flew for Hitler: The True Story of Hitler’s Valkyries. 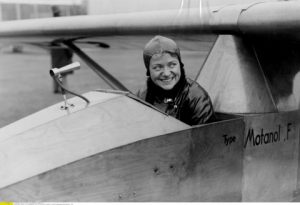 This lucidly expounded and thoroughly-researched book was the centre of acclaim at the latest meeting in London of the UK-based Women in War Group as members hosted a talk by the author. Clare Mulley was introduced by Paul Strong, who co-chairs the group with Celia Lee, as one of the most accomplished writers on women’s participation in hostilities of the 1930s and 1940s.

Ms Mulley rises to the task of writing as dispassionately as possible of people and of a period that arouse to this day the most consuming agonies and bitterness.

While the sub-title of the book describes the women as “Hitler’s Valkyries,” ironically the name given to the failed plot in 1944 to assassinate the Führer and take over the Berlin government was known as Operation Valkyrie.

Although they could not stand each other, the two women were among the greatest female pilots of all time and used their abilities to push the boundaries of aircraft technology in aid of the Nazi regime.

In the early chapters of the book, there emerges along the way an edifying and sobering social background of how seemingly harmless populism can produce nightmares for whole countries and continents – “to Hanna it seemed simply patriotic to support Hitler and his dynamic new regime,” and Melitta hoped that the persecution of liberals and union leaders would soon be replaced by more benign policies. Despite referring to Jews as vermin, Hitler insisted that his early legislation was “not anti-Jewish, but pro-German.” 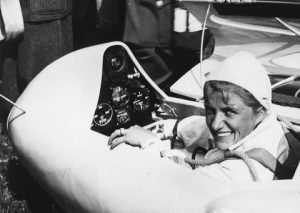 Other eerie parallels with today include the “immigration crisis” of exactly 80 years ago, when 300,000 Jews were clamouring to flee Germany and Austria, as other countries were closing their borders.

Nazi Germany’s attitude to women was ambiguous. At first patronising them, it found for Hanna and Melitta and others at first a useful niche in their propaganda because of their aeronautical skills, and then a vital role for them supporting its military power.

Although both intense patriots and were awarded the Iron Cross, the two women quickly became allied to separate political streams.

Hanna became a trusted and fanatical Nazi, close to the upper crust of Göring, Himmler and Hitler, and was even among those handed suicide cyanide tablets in the Berlin bunker in April 1945 by the leader as he prepared to die. Hanna tried to save Hitler’s life, begging him to let her fly him to safety. She survived the war and lived until 1979, displaying the supreme self-confidence or arrogance she always had, and without regrets for her political past. 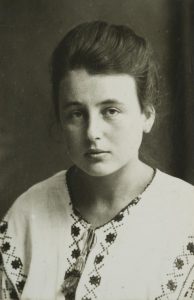 Melitta was to covertly support the boldest attempt by domestic interests to assassinate the Führer.

Their shared fanaticism was for cloud-hopping. ”Gliding is a victory for the soul,” said Hanna, who before her real career had even “got off the ground” accidentally set a world record for unpowered flight altitude. Separately, Melitta, who was to support the war effort by feats including terrifying bomber nosedives, had become “thoroughly addicted to the enchantment of flying.” Melitta flew over 2,500 test flights in dive bombers, the second most of any Luftwaffe pilot.

At the conclusion of World War I, the Treaty of Versailles which caused so much resentment and which was to be readily exploited by Hitler, banned Germany from operating engine-powered aircraft. As a result, gliding became a hugely popular national sport, with air shows restoring a sense of national pride and captivating young people including Hanna and Melitta. 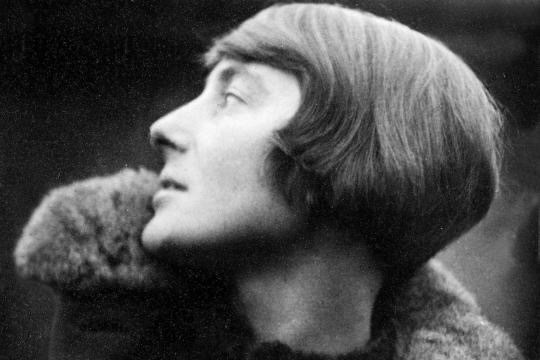 Both women lived for flying and took enormous risks from the beginning – a glider taken up by Melitta was once buffeted so long and hard it ended up in Czechoslovakia, while Hanna came down on one occasion in France.

In 1934 Hanna went from a few mentions in the gliding press to appearing with her fashionable looks on magazine covers pictured sitting in an open cockpit, her blonde curls tucked into her close-fitting flying cap, her goggles perched above. She was pictured on a gold-embossed cigarette card in a Modern Beauties series, although one description of her at the time was of “a young, fragile-looking girl.” When she officially became an experimental glider test pilot she began to receive invitations to demonstrate gliding overseas.

Her first venture outside Germany was as part of a research team to study the thermals of South America, paying her passage with money she had earned as a stunt double in a film, in which she thoroughly enjoyed the chance to ‘crash’ her glider into a lake, while getting paid for the privilege. 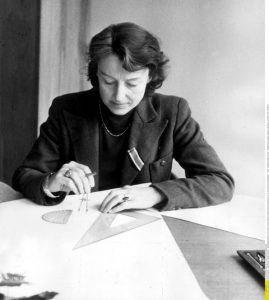 In 1937 she was named the first female “flight captain,” which went to her head – she always insisted on being addressed by that rank. She was the first woman in the world to fly a helicopter and relished public displays of this skill.

Hanna and Melitta were talented and courageous women –although Melitta was reserved and socially conservative in contrast to outgoing Hanna – who fought convention to reach the top in the male-dominated field of flight.

Their early lives are described in such a way to afford insight into the rise of the National Socialist Workers’ Party and why its promises of an end to chaos and of full employment won over millions, how when in power it used grandiose and ultimately aggressive projects to impress.

Their careers were boosted by the fact that Hitler was mad on flying from the moment he began his ascent to power. “Hitler wanted the Germans to become a nation of aviators,” wrote the wife of a Messerschmitt test pilot. 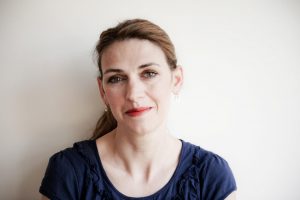 Hanna loved being in front of the cameras and demonstrated that she was more than willing to fly through public relations hoops for the Nazi regime. She was happy to be used for propaganda although almost certainly did not realise all the implications.

After civilian work, Melitta began to embark on test flights with clear military significance, working hard to prove her value to the authorities, but “kept her head down” as she felt increasingly vulnerable to the potential discovery of her paternal Jewish heritage, although her parents were registered Protestants. Among her many mandates was to develop night fighters and devices for attacking large enemy bombing formations.

Melitta never considered Hanna, who had no grasp of aeronautical engineering, as her peer. To see such rapid success, as exemplified by Hanna’s participation in an aerial event parallel to the Berlin 1936 Olympics, for anyone who had less knowledge, says the author, must have been trying, but to see it happen to someone who appeared so closely to represent and reflect the rise of the new regime must have been a particular challenge. 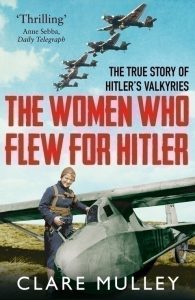 A gripping account is given of the attempt by Claus von Stauffenberg and others to assassinate Hitler on July 20, 1944 at the daily briefing between the Fuhrer and the high command at the secret Wolfsschanze, the Wolf’s Lair. Von Stauffenberg detonated a bomb in his briefcase left near Hitler, but the intended victim was shielded by the table.

Melitta had married Alexander von Stauffenberg, brother of Claus, in August 1937, telling the registrar that her family papers had been lost – she feared falling foul of anti-Semitic laws. The couple were arrested after the failure of the plot, but later released because of her importance to warplane development. She was now called Gräfin Schenk, since Hitler wanted to erase the name Stauffenberg. In the final weeks of the war, Melitta’s aircraft was shot down by an American fighter; she died hours later from the bullet wounds.

Clare Mulley’s other books include The Spy Who Loved, the story of Krystyna Skarbek, aka Christine Granville, Britain’s first female special agent of the Second World War,

Clare Mulley was in the audience for Canadian historian Margaret MacMillan’s first 2018 Reith Lecture in London on June 25 entitled The Mark of Cain, which analysed the relationship between humanity and war. She was chosen to put the first question to the Oxford University academic.

Asking whether the world would be more peaceful if women were in charge, Clare cited the comedy by the ancient Greek playwright Aristophanes in which a “sex strike” is organised by Lysistrata of Athens in an attempt to end the long Peloponnesian War between Athens and Sparta.

Prof MacMillan replied: “The short answer is no… I am not sure women are any more gentle” referring to the strong-arm rule of Indira Gandhi and of Sirimavo Bandaranaike, and citing the ruthless streak in Johanna, the wife of Otto von Bismarck.

Details of the book are at https://www.panmacmillan.com/authors/clare-mulley/the-women-who-flew-for-hitler