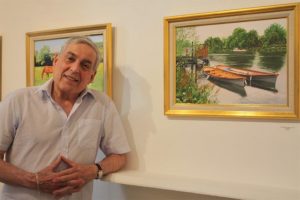 Tony Fandino has long been a man of Kent, an admirer of its rural glories, but the native New Yorker is proud of the roots his family put down in the maritime industry and in naval service for America.

The Hudson River waterfront that fascinated him as a boy seems a world away from his long career as a painter which has encompassed tranquil pastoral scenes in his adopted English county; Thames scenes in Richmond-on-Thames; monumental London architecture; small-scale boatyards in Greece, and rocky coastlines and rural landscapes in Spain. 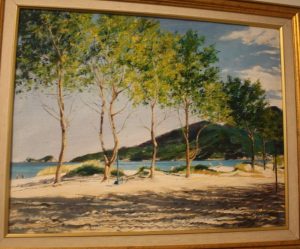 That love of the sea has never been extinguished, though – if proof were needed, he has several times been accepted in the annual Royal Society of Marine Painters open selection at London’s Mall Gallery.

Standing before his canvases, the viewer feels that time is standing still. For his most recent exhibition, Time Stands Still, at the end of June 2018, his oils on canvas and board graced A&D Gallery in Marylebone, where he was introduced by Maria Rzepecka, chief curator of Gabriel Fine Arts, Canary Wharf-based art dealers and event organisers.

Tony’s skilful application of the blues and greens in his palette, his gentle perspectives, his empathy for favourite places and for horses, and his skills in capturing placid swirls of water entices the spectator into a relaxing, comforting ambience. When his landscapes lack the human element, they still breathe a humanity. His craftsmanship is unashamedly fine and holds on to, as the poet said, “beauty in truth.” 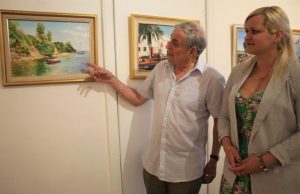 The artist’s backstory is anchored in the maritime heritage, which reappears to give some of his works extra edge.

Originating from the Galician seaport of La Coruña, Spain, older members of Tony’s family followed nautical occupations, allowing the sea to cast its spell down the generations.

Every one of Tony’s four uncles was steeped in maritime lore. One was a shipwright, another a chief steward on a cruise ship.

When the US entered World War II, his uncle Miguel, known as Michael, served with three ships that were lost to the U-boats that brazenly approached the US east coast in 1942. He finished up on the naval side and was at Normandy leading a troop transport. After the war he retired from the high seas and worked in the New York inner harbour as a chief engineer on the Staten Island ferries.

Another uncle was a master of tankers taking oil from Galveston, Texas, for refining at Bayonne, New Jersey. Tony’s godfather was a chief engineer, and stepfather a tug captain. 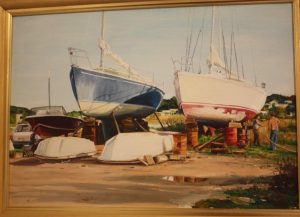 Tony recalls: “Growing up, I was two blocks away from the river, so it was my playground, the ferry boats, the wonderful walks on to the pier.”

When New York’s Museum of Modern Art inaugurated a young people’s art course, Tony applied for and won the one free scholarship, and then was accepted for the High School of Music and Art.

He next attended the newly established School of Visual Arts in Manhattan, receiving a part-scholarship in competition, and furthering his direction of travel in oils, pastel and watercolour.

In 1960 he was drafted into the US Army and spent his two years in the Department of Comptroller of the Army at the Pentagon, where he supervised an office that supplied the needs of the army in graphic arts and illustration publicity. He received from the Pentagon a certificate of achievement for outstanding work. He remained as a freelance artist in Washington, where he completed a two-year intaglio course. 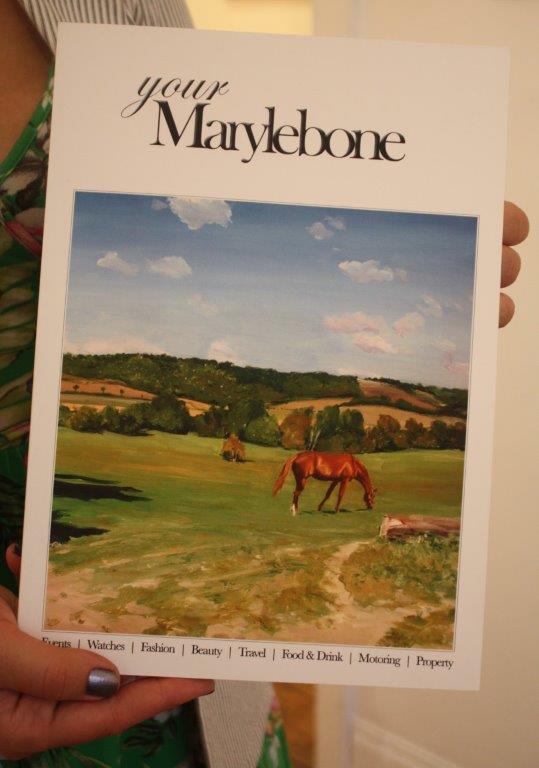 Featured in Your Marylebone magazine

Leaving America for London, he enrolled at Hornsey College as it initiated a post-graduate course for emerging professionals including photography and fine art. He worked for a publications firm before becoming manager of design and art, photography and cartography for the British Tourist Authority.

Throughout all this, the sea never let go – “it is in the blood,” he says. “All my holidays have been associated with the sea: the Greek islands, Spain,” but more recently he is concentrating for subject matter on the countryside of Kent, the river at Richmond-on-Thames, and the grand architecture of London. Exhibiting on one occasion at the Parallax art fair, Chelsea, a visitor was so taken with his depiction of a Thames mooring that she told him: “I know that place, I will take you there rowing.” She kept her word, and “we are going again next year.”

A connection becomes evident among his interpretations of varied scenes in England and the Greek islands, as we meander among the grazing horses, quiet boatyards in the islands, and Thames boats at rest. The link is encapsulated in his signature comment: “I enjoy capturing the play of sunlight on water – and in landscapes. Blue skies that create deep shadows cast off by structures and beneath trees. The summer sunshine that creates a sense of hearing and smelling both the sea and countryside in my work.” 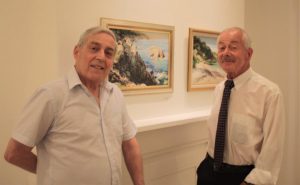 Among locations that have drawn him is Golden Beach on the eastern coast of Thassos which the tour operator Olympic Holidays has described as “blessed with an immense tract of pale gold sand that shelves gently into the clean, warm waters of the Aegean.”

Another favourite is the Aegean island of Skiathos where he painted a boatyard scene and other cameos.

Lorina Limonade Win on Home Waters but Beijaflore Lead Into Med By One Point.

Please inform Mr James Brewer that I was both most pleased to have met a professional journalist (I was impressed with his short-hand) and a thoroughly nice person. I wish he was a close friend.

I am very pleased with the article he wrote regarding my associations with the sea, my solo exhibition and his personal interest in my work.

Let him know please I will be in attendance at Parallax Art Fair 21-22 July Kensington Town Hall, Should he find the time I offer a glass of wine. Many thanks Tony Fandino