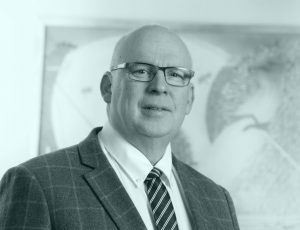 Dr Kimmo Naski, the CEO of the Port of HaminaKotka,

Dr Kimmo Naski, the CEO of the Port of HaminaKotka, has been elected as the new Chairman of the Baltic Ports Organization (BPO). The vote took place during the annual event organized by the BPO, the Baltic Ports Conference, held on 6 – 7 September in Szczecin, Poland.

The current CEO of the Port of Hamina Kotka, Dr Naski has been at the helm of the port’s operations since 2011. Prior to this, he led the Ports of Kotka and Pori, respectively as Managing Director in years 2002 – 2011 and Port Director in years 1998 – 2002. His vast experience reaches as far as 1988, when he was active as Viking Line Finnlandverkehr’s vice managing director for continental Europe, Baltic States and Russia until 1998. He rises to the role of Chairman of the BPO after a successful tenure as Vice Chairman.

BPO’s new Chairman offered the following comment: ”BPO was established in 1991. Since then it has been doing a great job in promoting and networking the Baltic Sea Ports. I strongly believe this is also the right way to meet the future”.

Dr Naski succeeds Julian Skelnik, who remained a prominent figure not only in the BPO, but the whole Baltic maritime community, for over 11 years. Skelnik steps down as Chairman of the BPO, leaving an entity that matured throughout the years, becoming one of the most well-regarded and recognized voices in questions surrounding the decisions influencing the development of the Baltic ports.

The new Chairman was voted in during the General Assembly, taking place during the second day of the annual Baltic Ports Conference. Dr Naski’s appointment was accompanied by the election of remaining Board Members, chosen from among the representatives of various Baltic ports. Dr Gernot Tesch (Port of Rostock) and Martynas Armonaitis (Port of Klaipeda) will assume the duties of Deputy Chairmen. Other Members of the Board include Jakob Flyvbjerg Christensen (Port of Aarhus), Ville Haapasaari (Port of Helsinki), Valdo Kalm (Port of Tallinn), Ansis Zeltiņš (Port of Riga), Piotr Nowak (Port of Gdynia) and Johan Castwall (Ports of Stokcholm).