The BDI@1,231 …medieval figures that hurt 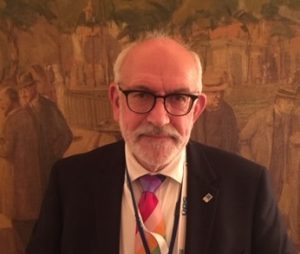 The BDI (Baltic Dry Index) is now 1,016 points below the figure as of the end of December 2013 when it stood at 2,247 points. Geopolitics with all types of wars dangerously spreading; IBIA’s 2018 Convention finale more than a cause to celebrate! John Faraclas daily briefing:

The culprit on all counts are the Capes; with another spectacular three digit fall the BCI now stands at 1,747  – minus 221! Let’s here the experts and gurus explanation as well as that of the shipping fraternity in the Square Mile

The Handies managed to survive with minimal losses; with just two points down the BHSI now reads 658!

What a Dry Market eh! There also various accusation flying around as to what really happens with the Market; we are searching in depth and when our findings are fully checked we will make them public!

The Wets once again with mixed feelings; the last published BDTI (Dirties) and BCTI (Cleans) stood at 1,104 – minus 12 and 614 – plus six points respectively…

The WTI fell to US$ 60.72 bringing some good news; let’s hope we are going for manna from heaven and the figure goes below the US$50 mark! It will be for the benefit for all!

The Geopolitics as said in the preamble, put Planet Ocean on full alert for a multiple of reasons, reasons we continuously bring to you attention despite the apathy of many in the political spectrum and media. CAUTION!

The MIGRANTS – the issue maintaining the lead amongst all other issues put together, are now more than an issue at the other side of the Atlantic too and let’s see how president Trump tackles and resolves the issue with the Honduras Caravan sending alarms around… In the Mighty Continent the Brussels inability for a coherent policy is still missing; SHAME!

The Wars in Syria and Iraq, the dangerous faulty line from Gib to Afghanistan and from the Caucuses to the Horn of Africa remains and something spectacular will soon surface.

Greece maintains wrong policies – internally and externally which will backfire. Watch this space!

The East Med having Cyprus in its epicentre of interest due to the oil and gas exploration is also a major concern; ultra-caution should be observed

Italians will defend their dignity; the budget is a national affair and in my humble view as things stand now, Brussels is unable to act as the …EU wishes! It’s an Italian affair to all intents and purposes.

BREXIT still going strong… 7.5 billion people await the final “verdict”: mild, hard BREXIT, no deal or… It will really be an asymmetrical excitement!

China has headaches with the Tariffs and the situation in the South China Sea… whilst Japan is closely watching and ready to intervene on all issues as and when necessary.

South America in a transition period.

On another tone and note the second and final day of IBIA’s Annual Convention in Scandic Kødbyen was more than a success on all counts. You will soon read our full account. Congratulations to IBIA’s all-female team, the FAB seven, for producing and performing a great event! The Sponsors too, speakers, moderators and the 150 strong audience – from all over, offered food for thought on many urgent issues affecting this sector of the Shipping Industry. IBIA’s Code of Ethics a must for all and same should work as a Damocles sword! As for the 2020 time will tell.

Have a nice evening and continue to be on guard for actions emanating from Pirates, Terrorists and Criminals of any kind wherever you are on Planet Ocean!

US midterms fulfil market expectations, Discussion with Mark Sobel on US economy policy