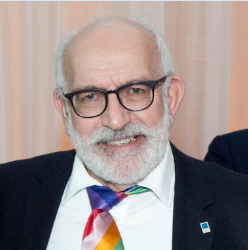 The BDI (Baltic Dry Index) lost 11 points earlier on today thanks to the as ever volatile Capes; perplexed Geopolitics can cause tsunamis with incalculable repercussions for all on Planet Ocean… AND Christmas parties to the fore. John Faraclas’ daily recap:

The Panamaxes’ BPI was up four points at 1,494 points…

Minus one point for the Supras’ BSI now at 977 point..

The Handies lost three points and the BHSI now stands at 611 points.

The Wets with mixed feelings… The last published BDTI (Dirties) and BCTI (Cleans) now read 1,230 – plus seven and 895 minus 14 points…

The Geopolitics are too perplexed and difficult to follow – you need a special “tempo” to be able to keep up with crucial developments… AND intuition!

The MIGRANTS shaking-up every continent… We will regret it if we don’t give an end to this palaver… It is becoming a politicians and business hooliganism world with the laws that might soon apply especially on … “Skills” and “earnings” mess… Shame!

In general the Gib to Afghanistan and from the Caucuses to the Horn of Africa fault line will produce further tremors followed by Tsunamis particularly in the East Med and the Aegean. Ultra CAUTION should be observed!

BREXIT, as we have predicted makes, waves and wonder what an asymmetrical situation we have to bear… We wonder what is the alternative the enemies of Ms. May have to saw us. Shame as this is NOT the way as same will create extremely difficult times for the people of the  United Kingdom

Wonder president Trump’ s  Geopolitical thinking as we are on the verge of a very messy period in all fronts; wonder also how many in our industry, Shipping, have their Risk Plan in order. 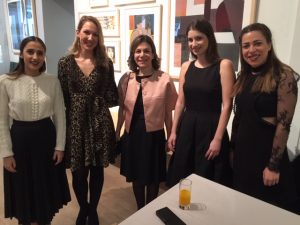 Add a special on in the north of Athens with the BHCC DeCOUNTI Christmas do!

The noon event at the Benaki Museum – a place of reference,  by Lloyd’s Register, the second one in a row over the last two years,  attracted quite a number of shipping’s stakeholders despite the distance and horrendous  traffic… 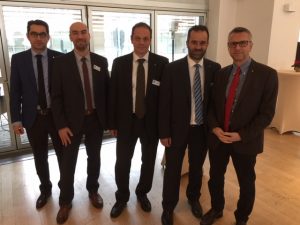 Lucky we were there from the very beginning so we had ample time to meet most members  – old and new from Lloyd’s Register Greek Office and thank them for their support to this medium over the last seven years!

This year, besides the excellent buffet and drinks, the sweets –  traditional greek kourabiedes and melomakarona where more than finger-licking good…

Then our team headed down-town Akti Miaouli where the heart and soul of  Greek and International shipping beats: The Piraeus Marine Club! 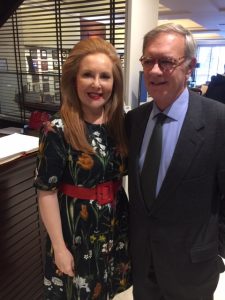 All of  the Club’s three floors  were bursting to its seams with over 350 members and guests in more than high spirits!

Remind you all that the Piraeus Marine Club is the place of reference for Global Shipping as nothing like this exists on Planet Ocean!

It was on all counts one of the best ever events and always THE event to meet old friends… from all sectors of the Shipping industry, agents, bankers, ship brokers, lawyers, marine insurance specialists, surveyors, shipowners, shipmanagers, you name it… 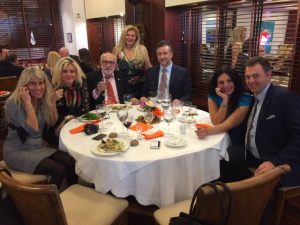 With old and new friends

One had to make  …a tour in order to meet all those shipping people and for us a good chance to meet old friends, clients and relatives. And the food: top of the range – as always! AND the service: A1 !

You could see many guests and the friends wondering from the bay-windows the entire Port of Piraeus – now one of the worlds biggest Coastal Ferries and Cruise Terminals!

Many Congratulations to all for organising such a great  and successful Christmas party! 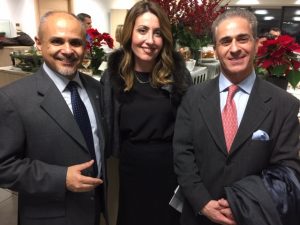 Then the 5 Aetolikou Street double Class events beginning with  RINA (Registro Italiano Navale) first– 200 guests from all sides of the shipping equation at 15:30, on the sixth floor and then down at the third floor where at 16:00 hours 300 plus guests were in more than a jovial mood for the DNV GL Christmas party .

Must admit that given the sudden rain  it was very convenient to be in the same building as rarely you can experience such a sudden rainfall in Attica! 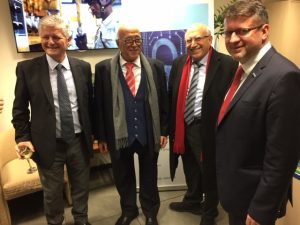 Our host, Ioannis Chiotopoulos (right) with Capt. Panagiotis N. Tsakos  (second from the left) and guests

DNV GL is also renown for special and seasonal …weather gifts,  needless to say  that this year’s umbrellas were not just a surprise, given the raining weather, but a good prediction given the heavy at times rainfall! 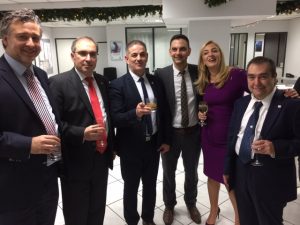 At 23 Aetolikou Street the last party down town in Piraeus at 17:50 was still on.

Another 300 guests were enjoying the excellent buffet and drinks including some lovely ouzo and masticha  – Christmasticha ole! Bureau Veritas headed by “…That Blond” makes waves!

For an hour or so we were trying to allocate BV’s personnel as we are a very close family too as well as many guests being also friends, family and supporters of allaboutshipping.co.uk.

It’s worth remaining until the very end and talk to all the people there; this makes the big difference!

The last of the events was the BHCC – British Hellenic Chamber of Commerce Christmas event at the DeCOUNTI north of Athens. 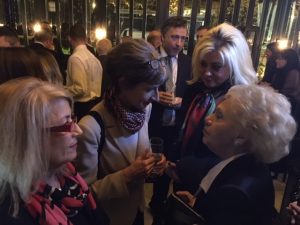 Excellent buffet and drinks with Johnny Walker winning the day! All business stakeholders were there and pleased to see the British Ambassador Ms Kate Smith participating! Quite a good number from the Shipping Fraternity making it a more than a special event.

Congratulations to the BHCC presidents Anna Kalliani and Aleander Turner for staging the event as well as to Marina Sourbeou and Louisa Steffa for their organisational skills in seeing the event being another success. 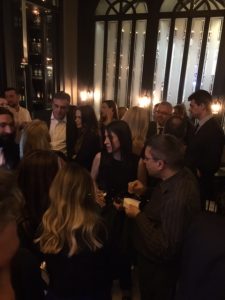 A full house at the DeCOUNTI

Good to meet the new General Manager of the BHCC Ms Lina Dede and we wish her all the very best in her new position. The BHCC is the spearhead for the success of businesses between the United Kingdom and Greece. Excellent!

Have a nice evening and remain on guard from actions emanating by Pirates, Terrorists, Criminals and Business Hooligans wherever you are on Planet Ocean.