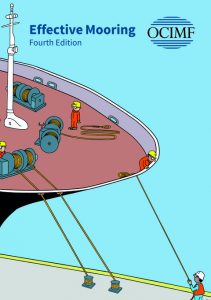 The Cover of “Effective Mooring”

4 March 2019 London Mooring is one of the most complex and dangerous operations for ship and terminal crew. If something goes wrong, the consequences can be severe.

That’s why the Oil Companies International Marine Forum produced Effective Mooring, which has just been released in its fourth edition. Written for crew on board oil tankers, barges and terminals, it gives crew a general introduction to mooring and guidance on how to stay safe during mooring operations.

With the release of this fourth edition, OCIMF hopes to go even further to improving safety for everyone involved in mooring operations, as OCIMF Director Rob Drysdale explains.

“Most books about mooring design and operation are highly technical and not appropriate for the people actually doing the mooring operations to use. It is important to give everyone involved in mooring operations straightforward and easy-to-understand guidance so that they can complete their work as safely as possible. 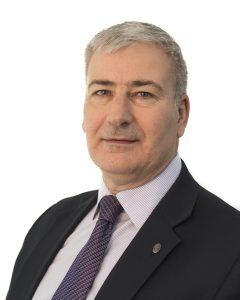 Effective Mooring is written for crew on board oil tankers, barges and in oil terminals, but the principles can be applied to any vessel. Indeed, feedback from industry tells us that the book is also used by crews on vessels other than oil tankers. While it is a useful reference for day-to-day operations, the book can also be used as a training guide for both new and experienced crews.”

This fourth edition is aligned with the guidance in OCIMF’s Mooring Equipment Guidelines, Fourth Edition (MEG4), which contains more detailed technical information on the design and maintenance of mooring systems.

cartoon do not stand in bight

Effective Mooring, Fourth Edition is available to buy for £25 from Witherby Publishing at https://www.witherbyseamanship.com/effective-mooring-fourth-edition.html.

Information about the book and a video to accompany the release can be found at www.ocimf.org/effectivemooring.

Diplomacy of Shipping at the Piraeus Marine Club