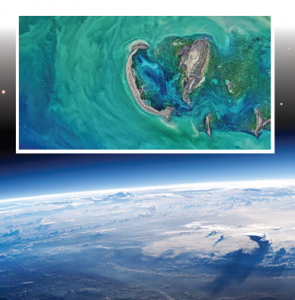 The EU funded SpaceWave project has come to a successful end with plans to launch a second phase to continue the promotion of Earth Observation technologies in Blue Growth in order to support European SMEs wishing to internationalise and grow their business in these sectors. SpaceWave has successfully positioned itself as the reference point and gateway for Europe in Earth Observation applications for Blue Growth industries. Businesses, stakeholders and relevant organisations wishing to benefit from future opportunities are being asked to sign a Letter of Interest to join the SpaceWave community in order to be involved in the second phase of the project.

The Blue Economy is a strategic area considered to be a ‘new frontier’ for the economic development of oceans and offers opportunities for cluster collaboration and business growth for European SMEs. Earth Observation, in the frame of this project, was defined as the use of remote-sensing satellites including stratospheric balloons, aerial drones and other technologies. EO technologies are one of the most available, viable and cost-efficient technologies to explore, monitor, control and study the exploitation of the oceans and their resources. Earth Observation technologies suit marine environments as they can cover wide areas and are easier to install than ‘in-situ’ infrastructures.

The SpaceWave project, which was co-funded by the European programme for the Competitiveness of Small and Medium-Sized Enterprises (COSME) brought together partners from France, Britain and Italy with expertise in marine and maritime sectors and earth observation technologies. The partners formed a European Strategic Cluster Partnership (ESCP).

Through collaborative working with cluster partners and key technology providers, the project identified the most promising Earth Observation technologies and the most appropriate European and International stakeholders, clusters and business networks to work with in targeted countries. The project refined its research to four countries: Australia, Canada, South Africa and United Arab Emirates (UAE) and focused on markets with high-growth potential including, aquaculture, fisheries, maritime traffic, coastal protection and hazards, ports infrastructures, sea level rise and maritime surveillance.

In the concluding months of the project, SpaceWave finalised its International Strategy, created a SpaceWave Alliance and produced a Roadmap for the next phase of the project which lasts from now until December 2022. Phase 2 of the SpaceWave project is intended to offer European SMEs a full internationalisation programme including training sessions, matchmaking missions in target countries and continuous tailored follow-up.

SMEs, stakeholders and interested organisations are being asked to sign a Letter of Interest to give access to future business opportunities as well as facilitate the transfer of technologies and knowledge. Announcement of the second phase of the SpaceWave project will be confirmed later in the year.

New start for Wallem as CEO sets out strategy for change