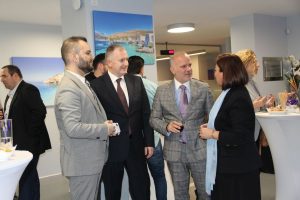 The Region of Attica Directorate of Tourism presented the attractions and experiences offered throughout Attica on Thursday 18 April 2019, in Istanbul, at the official opening of the third branch office of the Authorized Visa Applications Partner for Greek Consulate, Kosmos Visa Application Center, which took place in Altunizade, on the Asian side of the city.

The workshop, which was organised under the auspices of the Greek National Tourism Organisation (GNTO) Turkey Office and the Consulate General of Greece in Istanbul, was attended by representatives of printed and electronic Media of Turkey that covered the event, such as ΝΤV Turkey, one of the greatest TV networks of the country, and the wide circulation newspaper POSTA, as well as prominent executives of the tourism and business sector in Istanbul.

The Region of Attica was represented by the Executive Regional Councilor for Tourism Promotion, Ms Eleni Dimopoulou, and the Head of the Directorate of Tourism, Ms Athina Kolyva, who had important contacts with the greatest tour operators in Turkey. 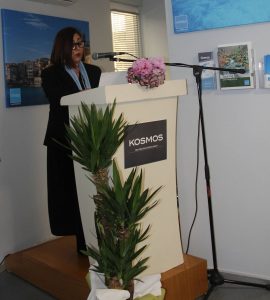 At the event, Ms Eleni Dimopoulou delivered a greeting speech on behalf of the Regional Governor of Attica, Ms Rena Dourou, followed by a detailed tourism presentation of the region by Ms Athina Kolyva, who showcased Attica’s competitive advantages and unlimited options for high quality products, services and experiences offered in metropolitan Athens, along the coastline and in the nearby islands of Attica.

Ms Dimopoulou stated that “We consistently reinforce the relations we already have with the Turkish tourism market, since we believe it has great dynamics for Athens and Attica in general (city and short break destination). Turkish visitors demonstrate a strong liking to our Region, due to its proximity, and since 2016 we have been working systematically with professionals and entities of the Turkish tourism industry, aiming to increase the incoming flow of travellers from our neighbour country.” 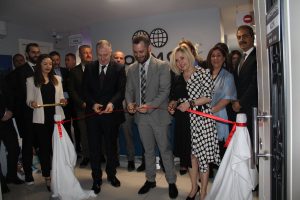 It is worth noting that Kosmos Visa Center, which is exclusively authorized to issue travel visas to Greece, has recorded a demand increase, which lead to the need to open a third branch office in Istanbul (second on the Asian side of the city). The new office will provide services, amongst others, to VIP and high income and business profile audiences, which means that the tourism promotion of Attica Region will have a multiplier effect on incoming tourism from Turkey. 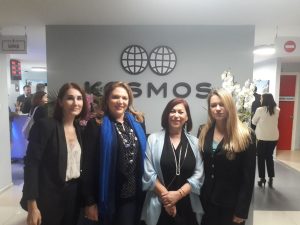 After the end of the presentation, all participants received the Region of Attica’s comprehensive printed and audiovisual tourism promotion material. The event was attended by the Consul of the Hellenic Republic in Istanbul, Mr. George Gaitanis, while special thanks are due to the Director-Attaché for Touristic Affairs, GNTO Turkey Office, Ms Maria Rachmanidou, who greatly contributed to the successful organisation of the targeted workshop of Attica Region in Istanbul.

Heavyweight recognition for GAC in the Logistics Middle East Awards

Cruise Industry is sailing back toward a better...

Springtime in Attica: the celebration of nature!