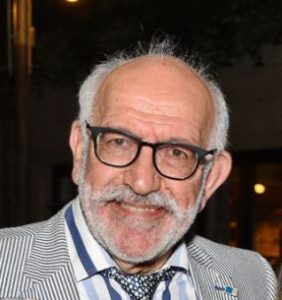 The BDI remained buoyant thanks mainly to the Capes and to a …”lesser extent” to Supras and Handies minimal rise. Geopolitics continue to get sour… John Faraclas brief market recap:

The BDI (Baltic Dry Index) clinched just eight points but enough to keep the dry market buoyant… Still low at 1,093 but be patient and on guard too… Things might asymmetrically change…

Another two good points for the Handies’ BHSI now at 422.

The Wets once again with mixed feelings; the last published BDTI (Dirties) and BCTI (Cleans) stood at 662 – plus five and 491 – minus three points respectively… Watch this space!

The WTI fell a bit despite the tensions in the Persian Gulf / Straits of Hormuz and now stands at US$ 51.93 – that’s down 58 cents… As with the wets above, watch this space!

The Geopolitical situation gets worse and you need to be a high callibre investigator with special knowledge and freedom of speech to see what has happened with the two tankers in the Straits of Hormuz last Thursday morning. Iranian have a case to answer; the USA must use all its means to maintain Peace in the region as Turkey’s Erdogan plays with his and his people’s luck. CAUTION!

The entire fault line from Gib to Afghanistan and from the Caucuses to the Hon of Africa is on fire!

The MIGRANTS continue to cause more and more problems; even in love-in Cyprus the latest Gasim report saws an increase of MIGRANTS arrivals mainly through Turkey and then via the Turkish occupied part to the free lands of the legitimate Republic of Cyprus. Conditions also become appalling. Shame! Can anybody in Washington and Brussels stop this despicable and inhumane Turkish pathetic action of sending MIGRANTS all over the European Union? Meantime at the other side of the Atlantic president Trump has ordered ICE to send back millions of illegal immigrants via the fast lane…

Elsewhere the race for a new leader of the Conservative party continues; let’s see the next British PM and let’s see how BREXIT develops…

On another tone and note:

Margarita photographs have the ability to transmit so much emotion in one frame.

I had the pleasure to see Margarita’s solo exhibition, Lesvos – Between Hope and Despair, at the Hellenic Centre last November where she brought together a powerful series of black and white photographs depicting the migration crisis.

Now at the Nehru Centre, Margarita is taking us on a colour filled adventure through her time spent in Varanasi, the city of light. As you enter the exhibition you start, as Margarita does ever morning, walking along the Ganges at 6am. She captures the soft pinks that dance between the sky and water as the sun is starting rise, along with the few people who are cleansing themselves in the sacred water whilst the city still sleeps. As you continue around the room you start to see the city waking up with yoga classes by the Ganges, bathing, washing of clothes and a myriad of other activities. As you reach the back of the room there are three portraits of children that are so striking. Whilst you gaze at them, attempting to understand what they might be thinking, you get the sense they are also looking back just as inquisitively.

Within this body of work you can see the vibrancy of colour, activity and life, which is in opposition to the city also being about death. The Ganges is also the place where the grieving come to cremate the dead and shave their hair to symbolise the passing of a relative. It is estimated that around 300 people are cremated every day at this sacred river.

For Margarita photography has become another language she is able to speak, and she speaks so eloquently. Varanasi: An Unforgettable Journey is an exceptional exhibition of photographic talent that captures the raw reality of life that is intermingled with the magic of the place.

Finally, regret to advise you the passing away of Markos J. Hadjipateras one of the most down to earth persons in the Global Shipping Industry! Our Condolences to his family and Oinoussian Shipping!

We might revert before midnight in case we have special news; until then remain on guard from actions emanating from Pirates, Terrorists, Criminals and Business Hooligans whatsoever wherever you are on Planet Ocean. Enjoy the Full Moon!

*Will revert with a full report soonest.