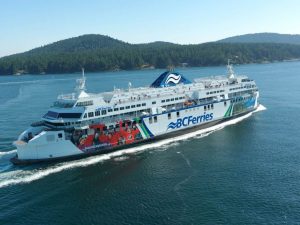 Helsinki, Finland – 24 June 2019 – NAPA, the leading maritime software, services and data analysis provider, today announced that its industry-benchmark electronic logbook, NAPA Logbook, has been chosen by BC Ferries as a fleet-wide standard solution.

As the world’s leading provider of electronic logbooks, NAPA Logbook has more than a decade’s service on board vessels serving more than 8,000 users and is approved by more than 20 major flag states, including the Bahamas, Marshall Islands, Panama, Malta and Singapore. NAPA Logbook will also be available on the new NAPA Mobile smartphone interface, meaning reporting can be completed anywhere around a ship. 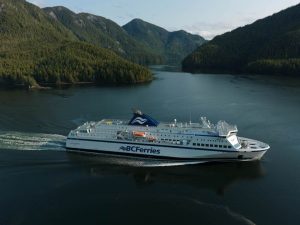 …and another BC Ferries Cruise vessel

BC Ferries chose to install NAPA Logbook after a thorough tender process and the success of pilot installations on BC Ferries’ Coastal Celebration and Northern Expedition in 2016 and on three of BC Ferries’ Salish class ships during 2017. Installations have continued during 2019 and NAPA Logbook will be in use on more than 20 BC Ferries ships by the end of 2020.

Mikko Forss, Director, Sales, Americas at NAPA, commented, “Nobody likes paperwork, but for hundreds of years it has been an arduous reality for every seafarer. NAPA Logbook leaves those days in the past. It delivers everything you’ve come to expect from a paper logbook while also delivering major benefits to its users in terms of time savings, data validation, and data sharing.”