Top Posts
Hot Port News from GAC
MarISOT
Don’t take chances where your health is concerned…
Favourites struggle to exert their dominance on a...
World Sailing prepared to deliver a safe and...
Enormous success for Artcurial in Monaco…
Hot Port News from GAC
Measuring boats: it’s not a popularity contest
How to Watch The Olympic Racing
Trichet calls for ‘progressive, orderly change’ in reserve...
Hot Port News from GAC
New EU Polarnet 2 Survey on Polar observing...
Smart operations:Driving a lower carbon future – call...
Home ShipmanagementBunkering LCC: Contaminated bunkers — Is there an answer to the problem?
BunkeringP and I Clubs

LCC: Contaminated bunkers — Is there an answer to the problem? 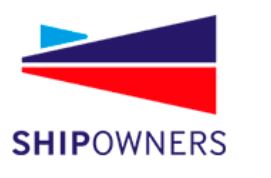 LCC: Contaminated bunkers — Is there an answer to the problem?

Problems with bunkers supplied in the U.S Gulf region, South America, Caribbean and Far East have been widely reported as causing damage and failure of vessel engines resulting in serious safety concerns.

Our latest LCC article, discusses the lack of standardised limits and tests for contaminated bunkers and advises Members of the due diligence they must apply in the acquisition of bunkers.

Signing of a Long-term Consecutive Voyage Charter for...