Ports Ready to roll to save UK from trade traffic 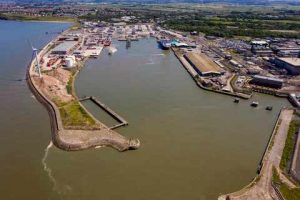 The Port of Heysham

Ports Ready to roll to save UK from trade traffic

The ports of Liverpool, Heysham and Sheerness (London Medway) have the capability to limit the impact the UK’s expected departure from the EU on 31 October is expected to have on trading, according to their operator, Peel Ports.

With a combined capacity to handle 1 million RORO (roll on, roll off) units per year, the ports could play a vital role in ensuring cargo flow freely through UK ports as trade is expected to be challenging across the Dover Straits following Brexit.

All three ports have already taken steps to improve resilience ahead of Brexit.

These include increased throughput capacity for HGV trailers and storage to support smooth trade operations by RORO ferries.

Peel Ports says that transporting non-perishable freight unaccompanied is faster and more cost effective than relying on driver-accompanied hauliers – of whom there are an acute shortage of across the continent – to transport cargo from Europe to the UK and vice versa.

Routing via ports such as London Medway would be just as efficient as the existing options through the Dover Straits, as although the sea leg is longer, road miles are reduced, according to Peel Ports. Door-to-door, cargo owners could reduce cost, increase resilience, avoid congestion and reduce carbon emissions.

Mark Whitworth, Chief Executive Officer of Peel Ports, said: “Our industry must address the risks of congestion. 75 per cent of the trailer freight market between north-west Europe and Britain passed through the pinch point of the Dover Straits.

“The solution we are putting forward is a simple one, which will help maintain smooth trade and also offer increased value to cargo owners. Unaccompanied trailers offer more flexibility for longer sea crossings, taking advantage of capacity at ports other than Dover, such as London Medway.

“These journeys allow for clearance checks to be completed without the pressure of a 90 minute crossing increasing throughput and capacity. Using RORO also helps to alleviate the critical lack of drivers available on both sides of the continent. Elsewhere at our ports at Heysham and Liverpool, we have unrestricted access to the Irish Sea with daily services transporting cargo across the Irish Sea Hub.

“We know that these practical solutions will help our customers to mitigate the risk which Brexit could bring. We believe cargo owners and their logistics providers can ensure their supply chain is protected, regardless of the regulatory framework around Brexit, by embracing RORO and alternative ports across the UK.

In August this year Peel Ports Group were officially accredited with the internationally recognised quality mark of Authorised Economic Operator (AEO) by HMRC, marking a significant milestone in its path towards Brexit.

The accreditation recognises that a business’ customs controls and procedures are efficient and meet EU benchmarks to safeguard goods passing through the international supply chain.

Registration is open – OI turns 50 and here is your invite