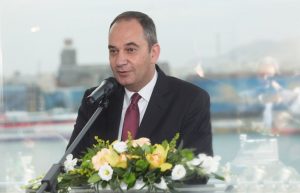 Ioannis Plakiotakis during his speech at the Piraeus Marine Club 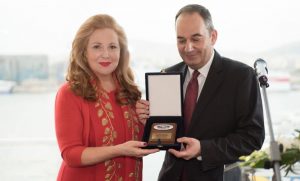 The audience had the opportunity to raise questions to Mr. Plakiotakis and an engaging discussion ensued.