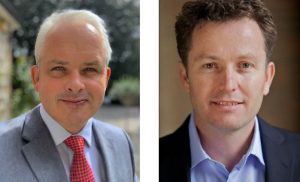 Under the agreement, RightShip and Human Rights at Sea will partner to continuously raise awareness of the implementation and accountability of human rights provisions throughout the maritime environment with local, national and international stakeholders and regulators, and the maritime industry as a whole.

Human Rights at Sea was established in order to engage stakeholders and regulators in the improvement of human rights policies, law and enforcement globally, particularly where existing provisions are being ignored, are currently absent or are being abused. Through their global research and advocacy work raising awareness of human rights abuses at sea, they aim to deliver positive change through innovative legal and policy development on a collaborative basis.

Commenting on this new partnership, Martin Crawford-Brunt, CEO, RightShip said: “We are thrilled to announce this new partnership with Human Rights at Sea. RightShip’s mission is to support the safety, security and welfare of seafarers in particular given the vital role they play in the facilitation of global trade. There is much to be done to improve seafarer welfare, both during this pandemic and beyond. We are excited to work closely with the excellent and passionate team at Human Rights at Sea to make sure these important issues are front and centre in the minds of regulators and the industry.”

David Hammond Esq, CEO of Human Rights at Sea, added: “Human Rights at Sea is delighted to be aligning with the emerging work and transparent focus being undertaken by RightShip in the field of human rights relating to maritime supply chains, and in particular industry management and crew awareness, education and standards, not just in the global maritime industry, but throughout the wider maritime environment.”

These principles are that human rights apply at sea to exactly the same degree and extent that they do on land; that all persons at sea, without any distinction, enjoy human rights; that there are no maritime-specific rules allowing derogation from human rights standards; and that all human rights established under treaty and customary international law must be respected at sea.