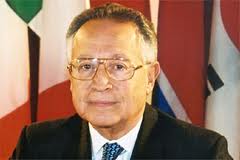 The International Maritime Organization (IMO) has focused heavily on actions to stem climate change and to address piracy off the coast of Somalia, in what has been a busy and productive biennium for the Organization on the regulatory front, Secretary-General Efthimios E. Mitropoulos told delegates at the opening of the 27th session of the Organization’s highest governing body, the Assembly. The meeting is being attended by more than 1, 000 delegates from IMO Member States as well as from international governmental and non-governmental organizations.
In his opening address,  Adm. Mitropoulos said that the escalation of piracy off the coast of Somalia had been a matter of grave concern, prompting IMO to make combating it a central theme of its work in 2011. A multi-faceted action plan, devised in collaboration with the shipping industry and seafarer representative organizations, is being meticulously implemented, he said, drawing heavily on the Organization’s considerable experience of successfully tackling piracy elsewhere in the world – most notably in the Straits of Malacca and Singapore and in the South China Sea.
Adm. Mitropoulos said that, while the percentage of attempted attacks that prove successful for the pirates has dropped, from more than 40 per cent historically, to less than 20 per cent this year, many seafarers were going about their daily business in ships sheathed in razor wire in a state of constant wariness as they ran the gauntlet of pirate gangs. To underline the seriousness of the situation, he reminded the Assembly that – at the close of business last week – there were 15 ships held in Somalia, with 311 seafarers captured.
“While recognizing, with due appreciation, the contribution of Governments – acting individually or collectively, through political and defence alliances and at a considerate cost – to stem the Somali piracy scourge, we should also recognize how crucial it is that the political will among those Governments that have the potential to make a difference is translated into reality in a manner that matches their political ambition and which the severity of the issue as a whole demands, ” he added.
Reflecting on IMO’s efforts to establish a regulatory regime to control and reduce the emission of greenhouse gases from ships, Adm. Mitropoulos said this had been a complex and difficult task from both a conceptual and a technical perspective.
“The fact, however, that representatives of a large number of Governments were able to reach decisions on complicated issues of great importance to the environment, not only bears testimony to the responsible manner with which IMO addresses its respective mandate, but also to the great results that can be achieved when States, with the same concerns and determination to produce meaningful solutions to global issues, work together. The co-operation of the shipping industry and environmental groups also proved of great value in this process – in particular, in the adoption, in July of this year, of amendments to MARPOL Annex VI establishing the first-ever mandatory global greenhouse gas reduction regime for an international industry sector, ” he said.
This achievement placed IMO in a strong position at the next round of UN consultations on climate change – which opens next week in Durban – such that it will enable the international community to agree that the Organization is, in the words of UN Secretary-General Ban, “best positioned to play a leadership role in addressing greenhouse gas emissions from international shipping”, he added.
Looking ahead, Adm. Mitropoulos noted that the IMO Council has chosen “IMO: One hundred years after the Titanic” as the World Maritime Day theme for 2012. “We will use it as an opportunity to put the spotlight once again on IMO’s roots and raison d’être, which is none other than safety at sea, ” he said.
“During next year, IMO will also continue, in co-operation with affected countries and on a regional basis, to work on the unacceptably high number of lives lost every year among persons fleeing famine or political unrest, who use sub-standard ships to carry them away in search of a better life. The plight of these persons constitutes, together with the unacceptable phenomenon of piracy, a stigma for the 21st century and we should spare no effort to bring both to an end soon, ”  Adm. Mitropoulos said.
Adm. Mitropoulos said the Organization remained strong and determined, in a world still beset with problems, including climate change and global warming; the faltering global economy; famine and poverty; children dying of malnutrition and poor health care; social and political unrest; armed conflicts; declining ecosystems; and the threat of pandemics – most of them inter-connected and all conspiring to make the need for concerted action on all fronts stronger than perhaps ever before.
“What really should please us immensely is that, in a world such as this, our Organization remains a beacon of stability, displaying virtues of calmness, self-confidence and, above all, a strong determination to provide convincing answers to serious questions and move on regardless of the severity of the issues on our agenda. Our foundations are strong and solid and we feel confident that we will be able to withstand the impact of any storm that may come our way in the period ahead, although we cannot possibly predict all of the challenges that will face the Organization between now and the next time the Assembly meets, ” he said.

Background
The Assembly is IMO’s highest governing body.  All 170 Member States and three Associate Members are entitled to attend, as are the intergovernmental organizations with which agreements of co-operation have been concluded, and non-governmental organizations in consultative status with IMO.  The Assembly normally meets once every two years in regular session.  It is responsible for approving the work programme, voting the budget and determining the financial arrangements of the Organization.  It also elects the Council.
The full text of the IMO Secretary-General’s speech is available on the IMO website.