In October 2006 the Republic of Panama approved via a national referendum a programme consisting in the construction of two new sets of locks: one on the Pacific and one of the Atlantic of the Canal.  Each lock will have three chambers and each chamber will have three water reutilization basins, highlighting the green credentials of the project. 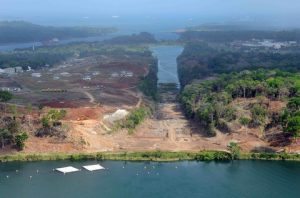 The programme also entails the widening and deepening of existing navigational channels in Gatun Lake and the deepening of Culebra Cut.  In order to open a new 6.1 km-long access channel to connect the Pacific locks and the Culebra Cut, four dry excavation projects will be executed.

The completion of the US$5.26 billion expansion project is an innovative model that will bring both opportunity and change to the industry, by allowing larger vessels to transit and increasing capacity, opening the Canal to new routes and untapped market segments.

The first placement of concrete took place on July 1st 2011 for the new Atlantic locks and on July
14th 2011 for the Pacific locks.  The locks gates are being fabricated in Italy and the Panama Canal Authority has instructed CH2M Hill (programme management services consultant
for the project) to provide the necessary supervisory and inspection services pertaining quality assurance.

Dredging work to widen canal for 2014

As part of is commitment under the Expansion Programme, the Panama Canal Authority continued to follow up on the implementation of mitigation measures, established on the
environmental impact study management plan and on the resolution issue by the National Environmental Authority (ANAM). 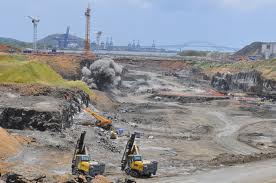 Regarding the deepening and widening of the Pacific entrance, 7.4 million cubic meters of materials has been removed since the project was commissioned, and the total volume reported
so far for the dredging project in Gatun Lake and Culebra Cut reached 14.5 million cubic meters.

Despite the financial crisis that still affects most of the world economies nowadays, the programme remains on schedule to be finalized in 2014 as planned and in accordance to the
initial budget that was allocated to the project.