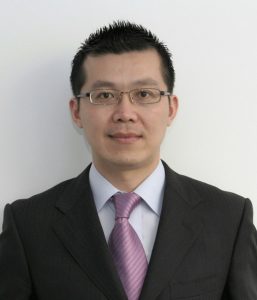 Inchcape Shipping Services (ISS), the world’s leading maritime services provider, today announced the launch of an intermediary service for ships calling at ports in China. The move is in response to new pollution prevention and control regulations introduced by Chinese regulators and the service is already fully operational.

The Prevention and Control of Marine Pollution from Shipsdirective, issued by China’sMaritime Safety Agency (MSA) requires full compliance from shipowners andmanagers by 1 March 2012. From this date, all ships carrying polluting orhazardous cargoes, or those over 10, 000gt, have to enter into a contract withan approved Ship Pollution Response Organisation (SPRO) before entering port.From 1 January, these regulations have already been implemented in all majorcoastal sea ports except Ningboand Zhoushan where they are likely to be applied following Chinese New Yearwhich falls on 23 January.

The new ISS service eliminates the need for shipowners tomanage contracts and multiple transactions with SPROs at their various ports ofcall in China. Instead, based on the MSA’s list of approved vendors, ISS will manage theentire process, often in tandem with its other agency and crew logisticsservices, ensuring maximum efficiencies within their customers’operations.

The intermediary service is available on a per call basis, and for fleet operators calling regularly in China, ISS is also launching anannual scheme. This will reduce the risk of a ship being unable to enter portbecause it does not have the correct paperwork, and it will eliminate theadministrative burden on the fleet manager.

“Fleet operators told us they were concerned about theadministrative burden being placed upon them by the new Chinese regulations, and the risk of severe delays to their vessels should they not be incompliance.  Based on in-depth knowledge of the ports in which itoperates, ISS has, at a stroke, removed all of those concerns.”