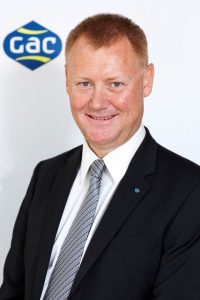 Sri Lanka, 2 February 2012 – GAC’s in-house ship-to-ship transfer expert GAC Transfer Services (GTS) has responded to growing demand for LPG imports and exports of clean products in the Indian Subcontinent with the establishment of a new fully-equipped base in Sri Lanka.

Ship-to-ship (STS) equipment such as fenders and hoses, in accordance with industry standards, is stored at GAC’s base in Galle, which is strategically located at the southern tip of the island nation, and is ready to be transported by tug to different locations according to demand and conditions. Experienced GTS operators work with their GAC Sri Lanka colleagues to take care of all local arrangements such as government permits, clearances, storage and transportation.

“India is a very important market with growing demand for STS, but there are logistical issues due to bureaucracy and high costs of locating there, “ he says.

“Thanks to its proximity to that market, and its key geographical position close to major east-west shipping lanes, Sri Lanka was a natural choice for the expansion of STS services to the region.”

Most operations will be carried out Off Port Limits (OPL) without any Port Authority intervention. During the south-west monsoon season between June and October STS operations will be concentrated in the more sheltered areas OPL Trincomalee, and at OPL Galle and Colombo during the December to April north-east monsoon season. All operations are supported by boats owned and operated by GAC Sri Lanka according to the highest safety standards.

In 2009, three decades of civil war officially came to an end and in 2010 the London-based joint cargo committee of Lloyds Registry removed Sri Lanka out of the War Risk Rating. That opened the way for the expansion of GAC’s STS operations to complement existing services such as ship agency, bunker supplies and the Ship Supply Service (SSS) which uses a fleet of ten modern high speed service craft to deliver supplies and personnel to vessels in international shipping lanes without them having to deviate from their course.

Agency, STS, SSS, bunker supplies and other services can be provided as part of an integrated package of shipping, logistics and marine solutions that GAC provides from the ports of Colombo, Galle, Trincomalee and, most recently added, Hambantota.

GAC Sri Lanka was a pioneer in the provision of Ship Supply Services off Galle and services for oil & gas exploration projects in the Gulf of Mannar. It is now extending that pioneering spirit with the introduction of its round-the-clock STS transfer service exclusively using its own equipment and boats in Sri Lanka.

The correct use of spectacle pieces highlighted –