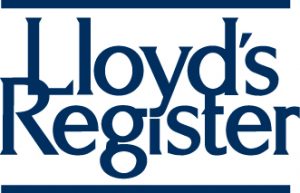 A four-man team from Lloyd’s Register will set sail today from Ushuaia, Argentina, as part of an international expedition to the Antarctic lead by the renowned polar explorer and environmentalist Robert Swan, OBE.

The team of technical experts and eco-entrepreneurs will form part of the International Antarctic Expedition 2012, led by Swan, who has dedicated his life to the preservation of the Antarctic by promoting recycling, renewable energy and sustainability to combat the effects of climate change.

Swan’s organisation, 2041 (www.2041.com), so named for the year that the Protocol on Environmental Protection to the Antarctic Treaty will expire, is dedicated to the protection of what he calls “the world’s last great wilderness.”

“We have had a long and beneficial relationship with Robert, the basis for which has been the common goals held by both of our organisations: to benefit society by helping to protect the environment and the lives of those who depend on it, ” said Richard Sadler, Chief Executive Officer, Lloyd’s Register. “We were only too happy to sponsor his latest endeavour and provide some of the technical support required to make it a success. 2041 may appear a long way away, but any strategic vision requires a long-term view.”

The Lloyd’s Register team has two specific aims. Firstly, Richard Smith, Lloyd’s Register Quality Assurance’s (LRQA) Climate Change Manager for Australasia, will work with 2041, on and off Antarctica, to help them to achieve carbon neutrality for the project.

These projects will support Swan’s team as they prepare to return to the South Pole at the end of 2012 to attempt the first Renewable Energy Expedition across Antarctica. He believes, if they are proven effective in one of the toughest habitats on earth, they will gain acceptance and be more widely used.

“This is personally a really exciting opportunity for me in that I intend to demonstrate the capability and potential of commercially available micro-scale projects in environmentally challenging conditions, ” said Piipponen. “I believe there is potential to transfer the findings to other environments and that it will be possible to demonstrate that important and valuable environmental contributions can be made by smaller equipment.”

Two more expedition members, Stephen Mushin, from Australia, and Patrick Yeom, from Korea, joined the expedition after entering the LRQA/British Council’s “E-idea” competition. E-idea funds and mentors Asia-Pacific eco-entrepreneurs with business initiatives that have been specifically designed to address some of the biggest environmental challenges facing society (see http://e-idea.org). Mushin won his place on the expedition as part of a regional competition open to all of the 40 E-idea finalists. They will support the team’s two core objectives, while learning from, and contributing to, the wider 2041 team.

Swan’s says his aim is to work towards a continuance of the Antarctic treaty so that its pristine wilderness is never exploited. He led the first 2041 International Antarctic Expedition to Antarctica in 2003, when 42 people from 18 nations joined his ‘Leadership on the Edge’ programme.

Since then, more than 500 corporate leaders, educators, students and entrepreneurs from around the world have experienced Antarctica with the 2041 team. In 1984, Lloyd’s Register helped Swan ensure that his ship, Southern Quest, was prepared for the long, hard journey from the UK to Antarctica, where he went on to walk to the South Pole.