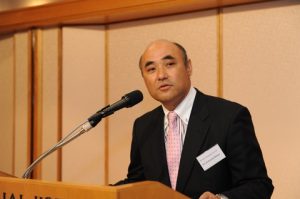 Nobutaka Mukae, president of Kumiai Senpaku – one of Japan’s leading independent shipowners, was a guest speaker at the reception, which took place at the Imperial Hotel in Chiyoda-ku, Tokyo. He formally welcomed North to Japan and wished the club every success for the future.

According to Jennings, ‘Japan is a shipping community and nation of tremendous international importance, with a modern and sophisticated fleet and a commitment to quality and safety. We first started working with Japan-related shipowners just six years ago and since then our total entry from Japanese owners and affiliates has grown to approximately 4 million GT. We are delighted to be working with the Japanese shipping community and to have the opportunity to increase our involvement and support in the coming years.’

The new branch is North’s third in the Asia-Pacific region, mirroring steady growth over recent years. The club opened its Hong Kong office in 1995 followed by a Singapore office in 2007 and the region now represents 28% of the club’s business. 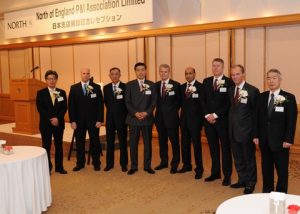 The Japanese government granted North a business licence to operate a Tokyo office in January this year and the branch started operating on 20 February 2012. It is located on the 8th floor of the Akiyoshi Kyobashi Building at 1-17-2 Kyobashi, Chuo-ku, Tokyo 104-0031, telephone +81 3 5159 5373.

North is a leading marine mutual liability insurer providing P&I, FD&D, war risks and ancillary insurance to 125 million GT of owned tonnage and 45 million GT of chartered tonnage, with 4000 ships entered by 400 members. It is based in Newcastle upon Tyne, UK with regional offices in Hong Kong, Piraeus, Singapore and Tokyo. The club is a leading member of the International Group of P&I Clubs, with over 13% of the group’s owned tonnage. The 13 group clubs provide liability cover for approximately 90% of the world’s ocean-going tonnage and, as a member of the group, North protects and promotes the interests of the international shipping industry.