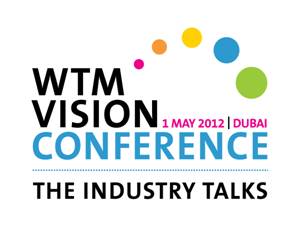 The prospects for growth in tourist arrivals in the Middle East and the success of some hotels in the region inusing social media were the key topics revealed at the WTM Vision Conference– Dubai.

Mark Frary, co-founder of WTM’s Social Travel Market conference, gave an insightful presentation on the use of social media by hotels, giving tips to an audience senior industry delegates on how to use networks such as Facebook, Twitter, YouTube and Google+to promote their properties.

Frary said, “Ever since 2005, the voice of the customer – the hotel guest – has been deafening. Guests have used the internet and social media networks to share their views, often good but frequently bad, of their hotel stays. The reality is that this social media chatter will go on even if hotels choose not to engage with social media.

“However, by choosing to invest time, and yes money, in social media, hoteliers can become part of the conversation and exert influence on how they are perceived.”

Frary showed how hotels in ATM’s host city of Dubai and in the wider Middle East had already engaged with social media, highlighting the good work being done by the Atlantis Palm, the Dusit Thani and the Kempinski group.

Asked about research that showed that 61% of people did not want brands to be active in their social media channels, Frary said, “Facebook now has more than 845 million users. I would be happy engaging with the 39% of those 845 million who do want that interaction with brands.”

Popova said : “2012 started with a high level of uncertainty and the negative impact of the Eurozone crisis has led to IMF downgrading the forecast for 2012 to 0.75%. However, emerging regions have been recording growth.”

She added that the Arab Spring had not been detrimental to all countries in the region. She said, “The UAE and Saudi Arabia have actually benefitted from the uprisings, as they were seen as stable countries to travel to.”

The company predicts that tourism arrivals in the Middle East will rise by 1.3%in 2012, after the blip of 2011 when these fell by 6.2%. However, this temporary blip is on the back of a strong 2010 when tourist numbers grew by an impressive 11.5%.

“The level of support we have received for the whole series demonstrates the need for high level research, information and opinion WTM Vision provides the industry’s senior leaders to help them run their businesses.”

The WTM Vision Conference – Dubai, in association with TTN Middle East, was sponsored by Dunleavy White, the senior level executive search firm which has this week opened a new office in Dubai.

The WTM Vision Conferences series was launched in 2009 in London and has expanded to a five event series in 2012.

World Travel Market, the leading global event for the travelindustry, is the must-attend four-day business-to-business exhibition for the worldwide travel and tourism industry.

RTE is a business unit of Reed Exhibitions. In 2011, six million participants attended RE’s 500 events in 39 countries covering 44 industry sectors from aerospace and aviation to beauty and cosmetics to sports and recreation.

Update to GL Rules for Seagoing and Naval Ships

Larvotto reopening to go ahead despite… plus more