Holman Fenwick Willan is delighted to announce several key developments to its Middle East practice in support of its ongoing investment in and commitment to the region.

Hugh Brown has taken over from Edward Newitt as Managing Partner of the Dubai office. Hugh, who has been a senior Admiralty Partner for many years, has a long-standing reputation in the shipping sector and brings with him extensive admiralty and emergency response experience, which further extends the capability available from the Dubai office. Hugh also has many years’ experience of acting for P&I Clubs and Indian shipowners in a number of large casualty cases. His move to Dubai, with its proximity to India, enables the firm to increase its focus on that market. In November 2011, the office was awarded the Lloyd’s List Middle East & Indian Sub-continent Maritime Lawyer of the Year Award.

Edward has been integral to the growth and success of the firm’s Middle East practice and was Managing Partner of the Dubai office since it opened in 2006. He returns to the London office after 16 years in the Middle East and will continue to operate in the region on a regular basis. In London, he will focus on the continued development of the practice, both for global clients with issues in the region and for Middle East-based clients requiring assistance outside the region.

In addition, and as announced in March 2012, Sam Wakerley has been promoted to Partner. Sam specialises in dispute resolution in international trade and commodities, shipping, and insurance (marine and non-marine). He has also been involved in a number of piracy cases for shipowners and underwriters.

The recruitment in October 2011 of the former BLG aerospace team, means the firm now also offers aviation capability from the Dubai office. Richard Gimblett, who heads the Middle East aviation practice, specialises in both aviation liability and regulatory issues. He is a former in-house legal adviser with the UK CAA. 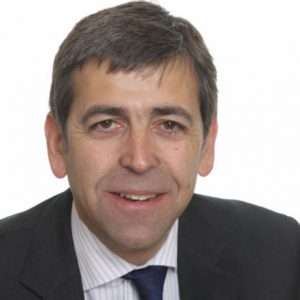