How women fought on all fronts for equal status in society –

– How women fought on all fronts for equal status in society. New book tells the stories of female triumphs, over land, sea and air

If we now have a positive image of women doing so-called men’s work, a new book reminds us that this respect was hard won by some redoubtable ladies – through the blood and tears of international conflict.

The compendium of courage, cussedness, and compassion in Women in War: From Home Front to Front Line, edited by Celia Lee and Paul Edward Strong, arises from those two writers setting up a Women-in-War group within the British Commission For Military History.  Celia and Paul decided that the way to give the group a voice was collectively to write a book on the subject. Seventeen of the members each wrote a chapter.

Each section is a moving narrative. In one of the earliest, Elspeth Johnstone, secretary of the Douglas Haig Fellowship, surveys the work carried out by women in the First World War at a time when they were still not allowed to use firearms.  It was considered unthinkable for the species that gave birth to children and reared them to take a life.  Fighting was considered to be men’s work. Writes Elspeth: “The women’s suffrage movement had sown the seeds of desire for equality but it was the war that harvested and gave recognition to the talents and capabilities of British womanhood. The women of Britain were to become indispensable through their contribution to the nation’s war effort not only on the home front but in the war zones of the British army; especially in France and Belgium, known as the Western Front.” 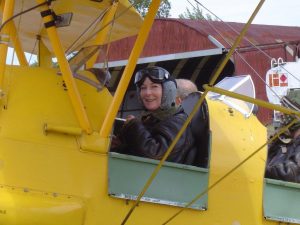 Throughout the war there were a growing number of women behind the frontlines – and not just nurses – who ministered to the needs of the troops. A vanguard of women had crossed to France to open canteens for troops at the base ports and railway stations.

Lady Angela Forbes (1876–1950) was the first woman to set up such a canteen, at Boulogne Station in November 1914, having been distressed that wounded soldiers were arriving thirsty and famished at the quayside. Two years later, she opened another refreshment post at Étaples, and other centres followed, notably with Lady Mabelle Egerton setting up at Rouen Station to provide supplies for the troops.  She was adored by the men, many of whom were young, scared, and had never left home before.  She made sure she stocked their favourite foods; plenty of tinned salmon and plenty of custard. 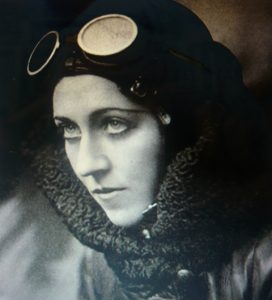 Dr Tony Heathcote opens the collection of essays by describing how the army strived to cope with the Indian mutiny, more accurately called the Revolt or Rising of 1857, protecting the wives and children of the officers and men who travelled with them.  These entirely un-liberated women were swathed in dresses that swept the ground and were ‘encumbrances’ to Commander-in-Chief, India, General Sir Colin Campbell and the army putting down the revolt. It was unthinkable to teach women and girls how to use a musket even to save their own lives and that of their children.  Despite the army’s best efforts several women and children were murdered by insurgents.

It is a different story entirely in Chapter Two, written by New Zealander Leicester Chilton.  Heni Te Kiri Karamu  (1840–1933), known as the Heroine of The Gate Pa (pa is a settlement or hillside fort), was a Maori woman who took up arms.  Parts of New Zealand were being sold off to the British in an organised colonisation of the country, and with many tribes opposing the sale of land, battles were fought. 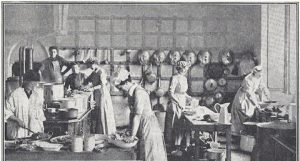 Heni (whose father was recorded on her death certificate as an Irish ship’s captain)and her family supported the King movement (it was believed that by having a monarch who could claim status similar to that of Queen Victoria, the Maori would be able to deal with Europeans on equal footing). The Maori warriors prepared themselves for a fight, building fortifications on a narrow ridge between two rivers just outside land already purchased for missionary use named The Gate Pa. The women who had helped construct the fortification were withdrawn before the attack began, but the young Heni stayed on as she was considered a woman warrior.

When battle came, the Maori were forced back by the 68th Durham Light Infantry, and the 43rd Monmouth Light Infantry led by Lieutenant Colonel Booth rushed in with bayonets.  As the defenders fought desperately,   Heni was in the firing trench when she heard an English voice calling feebly, ‘Water, give me water!’  She turned and saw a wounded officer lying there, and near him other soldiers in like distress.  Heni, a Christian who had been educated at a missionary school, fetched water for the wounded men; she would later discover that one of them was General Booth. 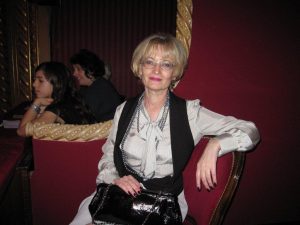 Women, having established their reliability, maturity and trustworthiness during the First World War, would be called upon on an unprecedented scale during the 1939-45 war to work in the factories doing men’s jobs.  Professor Mark Connelly in Chapter Four provides a study of the multi-tasking taken on by women.  They really did three jobs; they managed their own home and took care of their children; they queued for food which was in short supply and cooked for their families; and worked in paid employment such as in factories making shells. Writes Prof Connelly: “Facing a significant shortage of labour, Britain went further than any combatant nation in the Second World War by gradually conscripting and enlisting nearly all women.”

There developed a keen desire officially to produce a positive image of women doing men’s jobs. The Ministry of Information supported a film celebrating women in the factories, Millions Like Us, released in 1943. In the film, horrified by the thought of factory work, the young, naïve heroine, Celia (Patricia Roc), is told by another woman, “There’s nothing to be afraid of in a factory. Mr Bevin needs another million women, and I don’t think we should disappoint him at a time like this. The men at the front need tanks, guns and planes.” Celia gradually gains confidence and begins to enjoy her job making aircraft components.

Another powerful image of women’s war work was produced by the artist Dame Laura Knight. In 1943, she was commissioned by the War Artists Advisory Committee to paint the heroine of the factories. Ruby Loftus was the first woman to be employed on the highly skilled work of screwing the breech ring of the Bofors gun. Considered to be the prerogative of a man with a nine-year apprenticeship at the Royal Ordnance Factory, the skill was acquired by Ruby by the age of 21, after two years of training. Knight painted her at her lathe, to produce a masterpiece of heroic female realism that was used as propaganda.

Mike Ryan, author of many novels on war, in Chapter Nine asks how many people on the ground during the Battle of Britain spared a thought as to who actually delivered the aircraft to the airfields. The answer, he says, is precious few, as the ‘flyboys’ who flew these aircraft were the heroes of the day. Yet, were it not for mysterious people who lived in the shadows, the RAF would have ground to a halt. as Britain had barely enough pilots to fly combat missions, let alone mundane ferrying flights.

At the outbreak of war, the role of the Air Transport Auxiliary was as a delivery service for mail and medical supplies. It soon became apparent that their mission portfolio could be greatly increased to help reduce the pressure on both frontline RAF and Fleet Air Arm pilots. The ATA was therefore developed into a civilian organisation that ferried new, repaired, and damaged aircraft between UK active service squadron airfields, aircraft assembly points, factories, and maintenance units. The ATA also provided both an aircrew taxi service and an air ambulance capability.  Women were recruited in large numbers as ferry pilots.  One of these was Diana Barnato-Walker, who went on in 1963 to become the first British woman to break the sound barrier, flying one of the RAF’s supersonic Lightnings. Amy Johnson, another legendary ferry pilot, had set many long-distance flight records during the 1930s. On  January 5 1941, whilst ferrying an Airspeed Oxford for the ATA, from Blackpool to RAF Kidlington, near Oxford, Amy went off course in bad weather.  When her ‘plane ran out of fuel, she bailed out over the Thames Estuary but drowned, and her body has never been found.

Tatiana Roshupkina tells the story of her mother also named Tatiana, who was aged nine when the siege of Leningrad started.  Tatiana’s father had been killed in the war and her mother went away to work in a hospital.  When her grandmother with whom she lived was attacked by robbers and died, Tatiana eked out an existence foraging in the dustbins of neighbours, living on a soup made from boiled fish heads. Her mother could only return home once a fortnight from the hospital.  There was a coal shortage so they chopped up the furniture and burnt it in the kitchen stove.  To keep warm, the child slept in the kitchen each night behind the shutters whilst the German bombs were falling all around her home.

WOMEN IN WAR: From Home Front to Front Line, is published by Pen & Sword, price £19.99 hardback