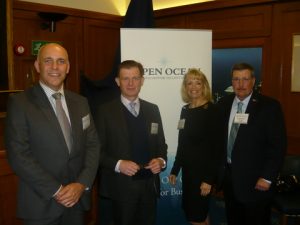 Last Wednesday one of the biggest luncheon-buffet gatherings took place onboard the “HQS Wellington” off Temple on Thames in London as Chenega Federal Ltd announced the launch of the Open Ocean, its intelligence led integrated maritime security service. John Faraclas was there with his camera…Led by a defence and commercial engineer professional, Murray Hammick, the service is designed to provide shipowners, operators and managers with a comprehensive program to meet their transit security needs. The launch of Open Ocean coincides with the onset of the “Pirate-Season” when the monsoon winds shift to allow the small pirate vessels to take up station astride the busy shipping route in the Gulf of Aden and the Indian Ocean. 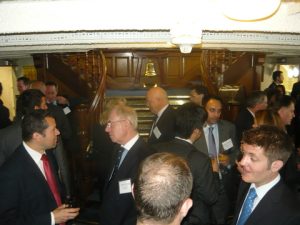 Piracy is a multibillion problem equally to the world’s shipowners and operators as well as threatens the welfare of seafarers around the globe. Allaboutshipping has already devoted 92 articles and news on Piracy and Terrorism and this gathering added a lot to our knowledge and coverage, as with such debates we see how best we can also get involved and promote the wellbeing of all sufferers.

“Open Ocean has been developed with input from shipowners, insurance underwriters, flag registries and other major professionals to provide an integrated response to the needs of the shipping industry faced with the ever growing problem of having to ensure the security of their crews  and ships”  stated Hammick, Managing Director of Chenega UK Ltd. “Open Ocean is not merely about putting armed teams on ships; rather, it is about stepping back and taking a long-term and strategic view of what it is that individual shipowners and operators need n order to allow them to carry on their business without interference by unlawful gangs at sea.” 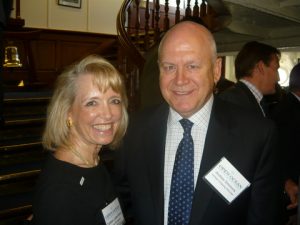 Open Ocean has been working with shipowners to identify their needs and  requirements. Mike Powell, a Master Mariner, former Global Head of Tanker Operations at Glencore’s ST Shipping & Transport and Global Head of Voyage Operations for BP Shipping, has contributed his expertise to the development  of the Open Ocean system. “By addressing the problem as a complete system, Open Ocean brings efficiencies, economies and effective measures to bear down on the problem of piracy, ” observed Powell. “In doing so, Open Ocean frees up shipping operators to focus on moving vessels and cargo around the world in response to their customer’s requirements. 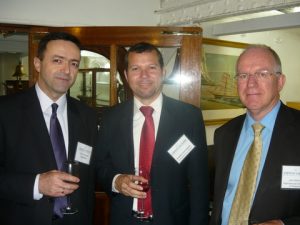 Open Ocean offers a full range of operational capability through intelligence, logistics and operations while meeting national governmental standard contracting and governance procedures. It’s primary goal is to minimise the risk of the ship being seen by pirates, focussing on intelligence as the key to risk avoidance. It provides a fully integrated  risk management program with a single point of contact and contract. Further, it is backed and supported by Chenega Corporation, a highly respected national security and technology corporation.

Reflected Hammick: “Open ocean is, above all, an intelligence led operation which views the use of armed teams as  weapon of he last resort-albeit a very necessary fall back  option in many cases. Open Ocean allows customers to choose from a range of services from intelligence and routing advice, ship surveys and hardening, through to the deployment of some  of the most highly regulated  maritime security teams in the industry.” 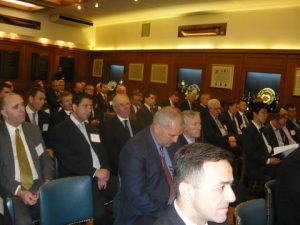 Powell added: “Unlike many security providers, Open Ocean is backed by the Chenega  Corporation with its significant financial  and technical capabilities. In my experience  it is the logical choice for the large and small operators looking for a serious contracting partner able to provide the highest standards of service but also able to support operational capabilities with technical developments in the areas of communications and  surveillance”

Kenneth “Mike” Buggs too had his three minutes excellent points enhancing the event!

Many questions followed and the one …”made” for all was on Open Ocean’s “right to operate”.  The very eloquent Mike Powell responded that Chenega would not have risked its corporate reputation with its Federal partners unless there was complete confidence in Open Ocean’s capabilities.

Last but not least, congratulations to Carleen Lyden-Kluss from Morgan  Marketing and Communications for her  organisational skills, performance and delivery of this event, for which may we suggest that it should be repeated in the World’s main shipping capitals!