Ravi’s on the right course yet again 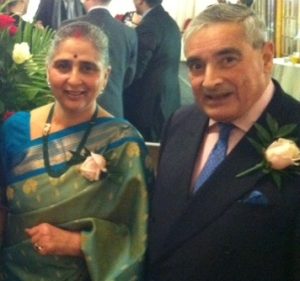 Ravi Mehrotra with his wife Manju

Ravi Mehrotra’s Foresight Group and Cosco (Dailan) Shipyard Co Ltd have signed a contract for construction of up to three offshore Jack Up Drillings Rigs at Cosco Dalian shipyard. The Rigs shall be ultramodern LeTourneau Super 116E 350 foot design with features specially incorporated to meet exacting requirements for world wide drilling operations including those for oil companies like ONGC.

First Rig is expected to be delivered in the first quarter of 2015, and per Philippa Wright, a director of Foresight Group in London, there is no charter yet attached, but the Group will be looking to secure a contract before delivery.

The total value is expected to be in the region of US$ 512 million. Foresight Group has further interests in China for building ships when the time and market conditions shall be more opportune. While Cosco has built  a  reputation as the top quality new construction yard in China, Foresight group has been one of the most profitable groups during last two years with one of the lowest debt leveraging in the industry.

The company has two more jack-up rigs which are presently employed in the Persian Gulf.

It will be nice to see Ravi drilling in Greek waters too!

Marpol Annex I – Is there a better way? A challenge and a questionnaire for marine managers –