Action needed on places of refuge and casualty investigations 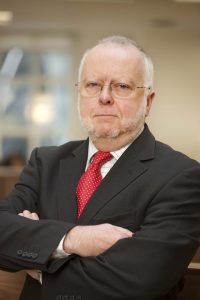 There are some clearly identifiable steps which need to be taken to enhance shipping’s already very impressive record of maritime safety, according to International Chamber of Shipping (ICS) Secretary General, Peter Hinchliffe.

Speaking at the IMO Alternative World Maritime Day Event in Bahrain this week, Mr Hinchliffe stressed the need for mandatory provisions to provide a place of refuge for ships in need of assistance, plus timely and obligatory reporting of casualty investigations by Flag States to the International Maritime Organization (IMO). This would replicate the handling of aviation incidents.

Environmental protection and crew and passenger safety can be addressed better by raising the current level of guidance on providing a place of refuge to a new level of obligation, he said.

Pointing out that accidents may happen even under the most stringent regulatory regimes, Mr Hinchliffe said the industry’s ability to learn from such incidents was hampered when accident investigations were not conducted in a timely fashion or the outcomes were not reported to the IMO.

“The track record of rapidly decreasing environmental impact by the shipping industry is the most powerful measure of the steady increase in the safe design, construction and operation of ships, ” he told those attending the IMO event.

Sustainability, as highlighted by the recent United Nations Rio+20 Summit on sustainable development, is also a key issue for shipping he explained, stressing that safety, environmental protection and the global quest for reduced dependence on fossil fuel are “inextricably linked”.

Careful adjustment in key areas will ensure that shipping remains a top performer with respect to the environmental pillar of sustainability for the foreseeable future, said Mr Hinchliffe.  But he also championed the need for a formal “impact and sustainability assessment” that will allow IMO to take full account of economic sustainability when drafting new maritime legislation. “The subject of impact assessment has been recognised at IMO but we have yet to see this being transformed into reality, ” he said, adding that this issue also puts the spotlight on the argument against regional and local legislation which cannot possibly take into account its impact on international trade.

“Without shipping the world’s social and economic sustainability is in real jeopardy, ” warned Mr Hinchliffe “Ninety percent of world trade is carried at an environmental cost of three percent of the world’s CO2 inventory and it doesn’t take a big conceptual leap to see that, with legislation already in place or awaiting ratification, the environmental influences of shipping are managed and limited already.”

As long as shipping continues to be “the mode of choice for 90% of world trade” then the world’s environmental sustainability is safeguarded well, said Mr Hinchliffe.