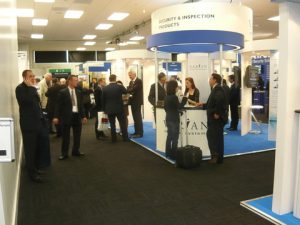 A view from the exhibition hall

London, 15 November 2012 – Transport Security Expo has closed its doors after another highly successful event. The two-day conference, exhibition and workshop gathering, witnessed a significant increase in delegate and visitor numbers.

The success of this tenth anniversary event, reaffirmed that it remains firmly embedded in the must attend calendar of such gatherings, as it once again adapts to reflect both safety and security concerns across the transport industries. 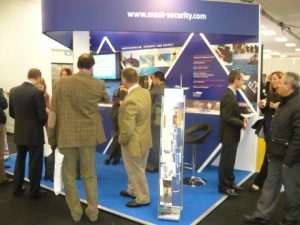 Well over six hundred delegates attended Transport Security Expo’s three focused conferences in the maritime, aviation and public transport arenas. Conference was supported by an extensive exhibition featuring in excess of a hundred key vendors from across the globe. Delegates, exhibitors and visitors gathered additional insight from a range of knowledge centric workshops held during the two-day event.

Delegates attending the maritime conference received detailed briefings from the United Nations (UN), North Atlantic Treaty Organisation (NATO), European Commission (EC), the EU NAVFOR and others, on the state of play in addressing security concerns including continued acts of piracy on the high seas. 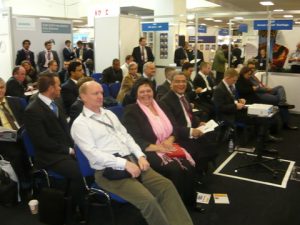 A view of attendees at the Ship Protection Workshop Programme event on day 1, where amongst others we spotted Prof. Alec Coutroubis, Dr. George Kiourktsoglou, Maria Dixon and Captain Orlando Alard 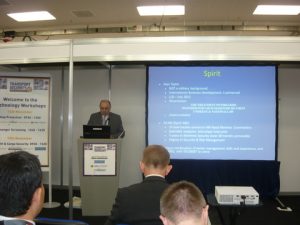 With major regulatory change planned in the aviation sector, senior figures from the Department for Transport (DfT), UK Border Agency and Center for the Protection of National Infrastructure (CPNI), debated with industry representatives from ACI Europe, Airport Operators Association (AOA) and thinkers from across the airport and airline communities, as to how change might be implemented and the benefit it could possibility bring. 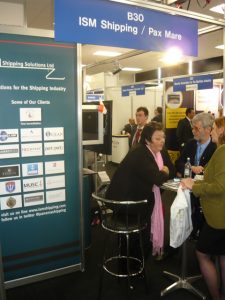 Significant challenges remain across the open systems that form the public network travellers use on a daily basis. Nevertheless, delegates heard from the Department for Transport (DfT), Center for the Protection of National Infrastructure (CPNI), Transport for London (TfL), British Transport Police (BTP) and others that change is happening in this arena too, which will enhance security over coming years. 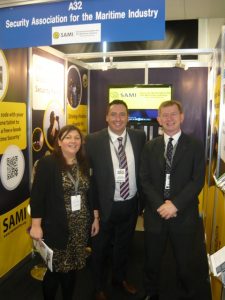 The SAMI stand with Gianna Molica-Franco, Steven Jones and Peter Cook the founder and security director of SAMI

Transport Security Expo hosted international delegations from Dubai, Saudi Arabia, Oman, Libya, Brazil and Morocco, highlighting the importance of this event to key transport security professionals from across the globe. Our meet the buyer programme organised well over two hundred meetings during the two-day event.

In excess of 3000 visitors passed through London Olympia doors over the past two days, marking this year’s Transport Security Expo as the most successful in its decade long history. 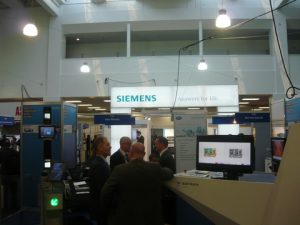 and Siemens was there too!