Following the Adjudicating Committee’s meeting of the Criticos Prize which met last June at London’s Hellenic Centre, and after many hours of deliberation on an eminently worthy Short List, it was decided that the 2011 Prize be awarded to Ann Wroe for “Orpheus: The Song of Life” (Jonathan Cape). There where 131 submission this time, and just over 100 where read! 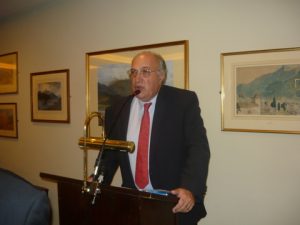 The award ceremony took place last week, Friday the 16th of November at the magnificent Athenaeum at  Pall Mall – the most compatible venue for such an occasion and this book in particular!

The welcome speech was given by the president of London Hellenic Society George Rodopoulos; Michael Moschos spoke too as well as Dr. Caroline Vout, the Chair of the Criticos Prize awards. John Micklethwait, The Economist’s Editor-in-Chief and colleague of Ann Wroe gave the most appropriate speech!  The winner,   a very down to earth person, attracted th audience with her cool approch to the classics! 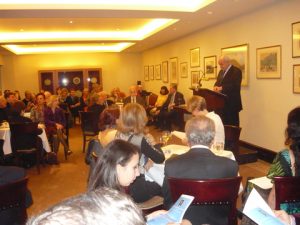 The prize was awarded to the winner by Mrs. Elizabeth Criticos- Fotinelli. A reception followed and the attendees had the opportunity to discuss with the author and pose her questions about her work. 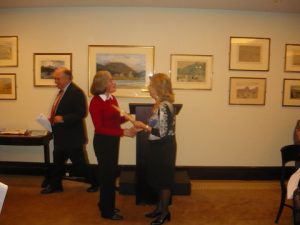 Archbishop Gregorius of Thyateira and Great Britain together with The Greek Ambasador and Mrs. Constantine Bikas led the attendees. Spotted Michael Rudd, lawyer P. Katsaduuris, Ted Zaimis, Professor Stephanos Pesmatzoglou, Anny Zade, John Megisoglou, Commodore (rt-HCG) and GSCC Director Constantine  Amarantides and his wife Tenia, Mrs. George Rodopoulos, Guide-writer Lolita Georgiou, Panagiotis and Chrysanthi Lemos, Irene Monios, Tryfon Kedros, the Haylides’, Lucas Kontoyannis and his sister, Conservative MEP Marina Yannakoudakis and her husband, and many may others. Half of the attendees where from the British Fraternity, a great recognition for a unique continuation of  the British-Greek relationship. 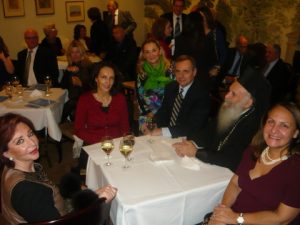 Worth remembering, that this prestigious prize was originally conceived by John D. Criticos, a ship owner and businessman who spent most of his professional life in London, and was a respected and popular member of the London-Greek community since the 1950s. Inspired by the ideals of the Hellenic culture and appreciative of the best commercial and cultural traditions of British society, he committed himself to charitable causes and to the promotion of Anglo-Hellenic understanding in a number of significant ways.
The Criticos Prize addresses itself to creative works of history, literature, classical studies, art, archaeology and philosophy written in the English language by prominent authors, irrespective of their nationality. Special emphasis is given to works of art (painting, photography etc) and literature (novels, plays, poetry), which will be evaluated by artists or writers of recognised stature. The list of winners exemplifies the wide range of scholarship, subject-matter and original research recognized over the years by the Criticos Adjudicating Committee.
The Prize is annual and is open to works published in the English language within each calendar year. The Adjudicating Committee consists of scholars and academics with special knowledge of each of the fields for which there are eligible candidates. The Committee’s membership is flexible and reflects the subject matters of works submitted. Every effort is made to give ample and fair consideration to the finalists by having their works evaluated by leading experts. The deadline of submissions is invariably January 31st and the winner is announced in June. The bursary of 10, 000 pounds (or equivalent in USD) is considered sufficient to cover publication and/or research costs. 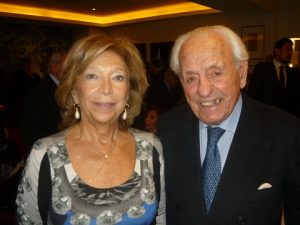 The late John D. Criticos chose to entrust the administration of this Prize to the London Hellenic Society, a prestigious cultural society established in London in the 1950s by John A. Hadjipateras and other prominent members of the London-Greek community, in which himself played a leading part. After his death, his wife Elisabeth Fotinelli Criticos continued and enhanced his charitable projects, creating the Criticos-Fotinelli Foundation, which serves as a guardian and executor of John D. Criticos’ significant endowments.
Members of the Hellenic diaspora have had a long and distinguished presence in England since the mid-19th century and have made major contributions to the improvement of understanding between the peoples of Greece and England. The John D. Criticos Prize follows closely this wonderful tradition of Anglo-Hellenic cultural exchange and provides a building block for its future.
As we enter the era of an integrated European Community founded upon the ideals of ancient Athenian democracy, the realization of John D. Criticos’ cultural project strengthens the essential nature of education and communication between Europeans and increases understanding of our shared Hellenic heritage.