The 27 member States of the Paris MoU will focus their attention on passenger ship safety in 2013. In May 2012 the Paris MoU Port State Control Committee agreed to organise a Harmonized Verification Programme (HAVEP) on operational controls on passenger ships. The HAVEP will last for twelve months, commencing on 1 January 2013 and ending on 31 December 2013. 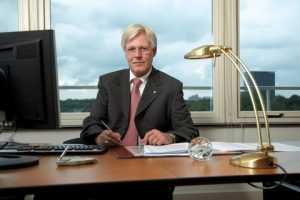 During the HAVEP, Port State Control Officers (PSCOs) will witness an operational control comprising a standard emergency scenario which will include a simulated machinery space fire, a passenger evacuation and muster drill and an abandon ship drill which will include lowering of lifeboats to the water and taken away under power. During the inspection attention will also be given to the on-board decision support system, ship/shore communications, SAR plans, records of crew training, supply of emergency power and operation of watertight doors.

The main purpose of the HAVEP is to verify that:

• In the event of a shipboard emergency the crew can organise themselves into an effective team to tackle the emergency;

• The officers and crew can communicate effectively with each other and with shore based support and rescue services;

• The Master is in control and information is flowing to/from the command centre; and

• In the event of the situation getting out of hand the crew and passengers can safely abandon the ship.

PSCOs will use a questionnaire listing a number of items to be covered during the HAVEP. All items will be verified in more detail for compliance with related items in SOLAS Chapters II, III and V.

The PSCOS will require to:

• Verify operation of watertight doors including remote closing of all doors from the bridge and manual closing of selected doors locally and from above the bulkhead deck;

The HAVEP will be time consuming and will involve the majority of the crew for part of the day. In order to provide some flexibility owner/operators may liaise with the Paris MoU regarding their cruise schedule to determine a suitable port to carry out the HAVEP, bearing in mind operational considerations such as passenger turn around.

More detailed information and the questionnaire has been attached. When deficiencies are found, actions by the port State may vary from, recording a deficiency and instructing the master to rectify it within a certain period, to detaining the ship until serious deficiencies have been rectified. In the case of detention, publication in the monthly detention list of the Paris MoU web site will take place. It is expected that the Paris MoU will carry out approximately 500 inspections during the HAVEP.

The results of the campaign will be analysed and findings will be presented to the governing bodies of the MoU for submission to the IMO.