From Titanic to Costa Concordia: What is the Achilles Heel of Passenger Shipping? – 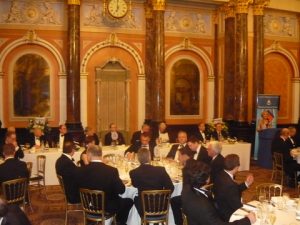 From Titanic to Costa Concordia: What is the Achilles Heel of Passenger Shipping?

Too many serious maritime accidents are never investigated, or are looked at but never result in any recommendations being made. Many inquiries fail to result in a publicly available report; or their emphasis is all on finding someone to blame.

Rear Admiral John Lang, who was for five years chief inspector at the UK Marine Accident Investigation Branch, issued this forthright comment when he was one of the two principal speakers on Monday November 26 at the London Shipping Law Centre’s prestigious Cadwallader symposium, combined in 2012 for the first time with a black-tie dinner. 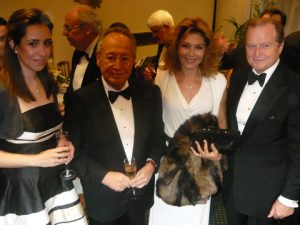 The setting was the magnificent City venue, the Gibson Hall. The hall, dating from the 1860s, was for a century the head office of the National Provincial Bank. It was designed by the leading architect John Gibson. With its Corinthian marble columns – reminiscent of the Greek style, according to London Shipping Law Centre chairman Dr Aleka Sheppard – and its crystal chandeliers, the main hall was a fitting arena for a debate on an issue of vital import to the maritime world.

Admiral Lang was addressing the theme From Titanic to Costa Concordia: the Achilles Heel of Passenger Ships alongside Dr Stephen Payne, a consultant who is past president of the Royal Institution of Naval Architects. Admiral Lang identified the weak link as “the tendency to criminalise the seafarer and the precedence this takes over proper safety investigations.” 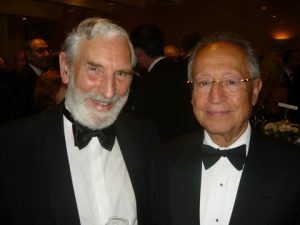 As to Dr Payne, pondering what was the most vulnerable point of passenger shipping, he doubted whether one could be pinpointed, but if any it was ‘people.’ He added: “As a naval architect, I would say that passenger ships have never been safer.” 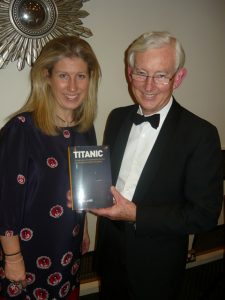 Admiral Lang, who has written a book (reviewed elsewhere in www.allaboutshipping.co.uk) about the Titanic tragedy, a casualty which was the subject of two official inquiries, asked: “How many can recall a single recommendation or lesson arising from the investigation into the Cypriot-registered cruise ship Romantica after she caught fire in the Eastern Mediterranean in October 1997; or after the Greek-registered Sea Diamond hit rocks off the island of Santorini in April 2007; or after the Costa Europahit the jetty at Sharm El Sheikh in February 2010 resulting in three members of the crew being killed?” 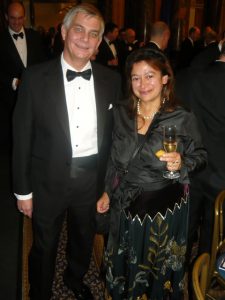 “Would any recommendations that might have arisen from any of these have prevented or helped in the immediate aftermath of the Costa Concordia grounding?” 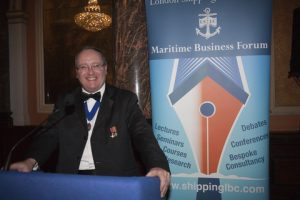 Dr. Stephen Payne at the podium

Admiral Lang cited as an example of a no-blame in-depth investigation the probe into a potentially serious fire on the cruise ship Star Princess in 2006. Within 22 days, the International Council of Cruise Lines issued a safety notice based on a preliminary report by the Marine Accident Investigation Branch urging the cruise industry to take immediate measures to overcome a number of problems. 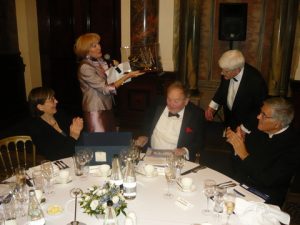 Dr. Sheppard about to deliver the gift of the Centre to Lord Mustill. On the left Lady Caroline Mustill and on the right, standing, Martin Rowland, Consultant at the LSLC and Lord Phillips of Worth Matravers KG PC who also spoke about Lord Mustill’s career

He said that there were still remarkably few facts about the Costa Concordia disaster. Three Italian authorities were investigating, “and whilst a fair amount of detail has been released, everything else is speculation, hearsay, hype and salacious gossip. The good investigator will ignore the lot.”

Admiral Lang went on: “I am profoundly uneasy about some developments. I was appalled at the way the captain was singled out for blame so early in the proceedings and never given the protection to which a man in his position is fully entitled. I deeply regret that the Italian judicial system requires criminal proceedings to take precedence over technical investigations… I pray that the apparent desire to apportion blame will not undermine the overriding need to identify the key issues that underpin this terrible accident.” 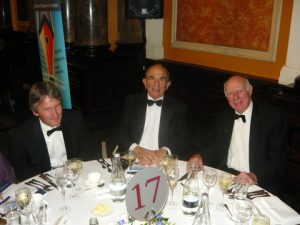 He deplored the increasing trend of bringing criminal charges against those who are perceived to be at fault in maritime accidents. The trend was crippling efforts to improve safety at sea. Those in the firing line are extremely defensive about what they know and devote all their energy to defending their positions rather than in actually helping the investigator. This prevents organisations taking certain actions to make improvements, lest it be construed as an admission of liability. 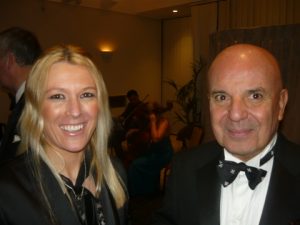 Dr Payne, who has been involved in the design of nearly 50 ships since 1985, referred to the progress in size and technology of ships, dating from Isambard Kingdom Brunel’s steamship Great Eastern in 1860 which was five times larger than any other ship of the time. In 1911 the Olympic class took shape although the regulations formulated in 1894 were woefully inadequate for the Titanic. At the time, there were so many ships crossing the Atlantic it was assumed that if a ship were damaged there would be time to get everyone off and ferry them to a rescuing ship. 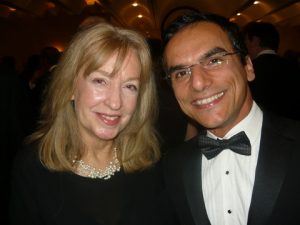 To those who asserted the Titanic was badly built or badly designed, Dr Payne responded: “I do not believe, as a professional naval architect, that was the case. When a ship that weighed 50, 000 tons travelling at more than 20 miles per hour scraped along the side of a solid immovable object, it is not surprising that the rivets gave way.” The glancing blow on an iceberg breached six of the 16 watertight compartments. 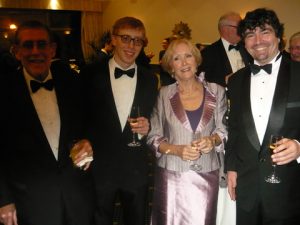 Colin Sheppard LMAA, Arbitrator, Emmanuel Sheppard from the College of Law, Dr. Aleka Sheppard and Filippo Lorenzon from the Southampton School of Law

He doubted that more people would have been saved had there been more lifeboats, “because there just was not time to get more boats away. Many boats left the Titanic less than half full.”

The Costa Concordia complied with all the rules applicable at the time of construction, said Dr Payne, and there was nothing deficient in her design. If as reported the ship was damaged along 60 metres breaching more than five compartments, it would be not unexpected that the ship sank. 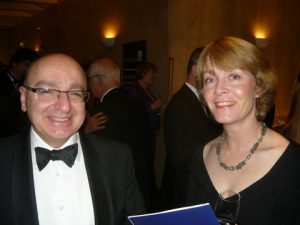 “I am very dismayed when I hear people say, how could a modern passenger ship sink?”. It was inevitable, it was physics if there were sufficient damage. 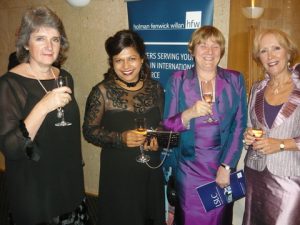 “As a naval architect, I would say that passenger ships have never been safer.” With all the systems, crew and efficiency and regulation by IMO and various flag authorities, the rules and regulations really did define the design and operation of ships very stringently.

Dr Sheppard in her welcome to the “fantastic gathering – every sector of the industry is represented” said that the unbiased focus of the judiciary in serving the interests of justice attracted foreign litigants, and added to the strengths of London as a major maritime and commercial centre.

She said that the symposium and its 11 preceding events were a tribute to the late Professor Francis Cadwallader, the first professor of shipping law in the UK, who was remembered for his Socratic way of teaching thousands of students, and for challenging unworkable law. “The Cad tradition is about tackling major issues affecting international maritime law and regulation, ” said Dr Sheppard. 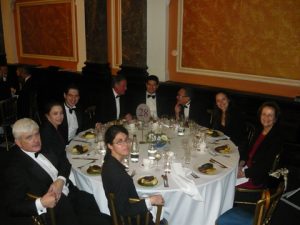 Dr Sheppard expressed the gratitude of the Centre and its supporters to Lord Mustill of Pateley Bridge. Lord Mustill, who is president of the Centre, was described by Dr Sheppard as “one of the pillars of the English judiciary” who had made an immense contribution to the law generally, to arbitration, and to the LSLC. He was presented with a model three-masted silver boat, donated by LSLC council member George Tsavliris, and with a booklet containing the list of his written judgments – all 616 of them. George Tsavliris, who is also deputy chairman of the Oxford Philomusica Trust, introduced a string quartet from the Philomusica of fine musicians: violinists Kokila Gillett and Mandhira de Saram; celloist Jessie Ann Richardson; and Chian Lim on viola, to perform at the pre-dinner reception. The Philomusica in 2002 became the first orchestra in residence at Oxford University.

Lord Clarke of Stone-cum-Ebony, a Justice of the Supreme Court and vice-president of the London Shipping Law Centre, chaired the discussion.