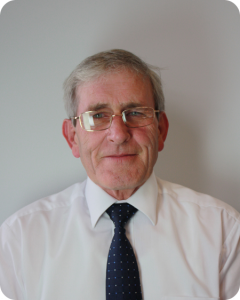 As member of the TGNS board and Customer Services Director, Anderson has headed up Thomas Gunn customer service and support since 1994, overseeing the team responsible for vessel outfit management services, supply of Tracings, Notices to Mariners and charts and publications.

“Doug has been an instrumental part of our executive team, leading the customer service department and helping to build an international business that, I believe, has set the standard for service in our industry, ” said Thomas Gunn, founder and former TGNS CEO. “We are very sad to have him leave and hope he enjoys every day of his retirement.” 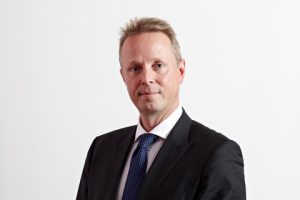 Gareth KirkwoodIncluding his 18 years with Thomas Gunn, Anderson has spent more than 40 years in shipping and navigation. He joined TGNS from Brown and Perring, a leading Admiralty distributor of the time, where he also held the position of Director of Customer Service. He brought with him considerable international experience, which helped shape the Group’s global expansion into Southern Europe, North America and Asia. Prior to that he served for 11years in the British Royal Navy. During his career, he has earned recognition as an innovator and problem-solver with a passion for customer service.

Gareth joined GNS from Daisy Group, the leading reseller of unified communications to the UK SME and Mid Market, where he was Chief Operating Officer. Prior to Daisy, Gareth spent 22 years with British Airways, initially in IT procurement and ultimately as Director of Operations.

About the Thomas Gunn Group of companies:

Thomas Gunn Navigation Services was formed in 1978 as a private family owned company. Today, the Thomas Gunn Group of companies has a large international client base and is widely recognised as the world’s largest distributor of Admiralty charts and publications.

In addition to providing navigation supplies to shipping companies, TGNS also has a range of technology solutions, including Voyager and TGT eData that enables customers to optimize chart purchasing, management and updating. With offices in UK, Singapore, Greece, North America and Turkey, the Thomas Gunn Group employs approximately 150 people worldwide, including product, sales and customer service and support teams.