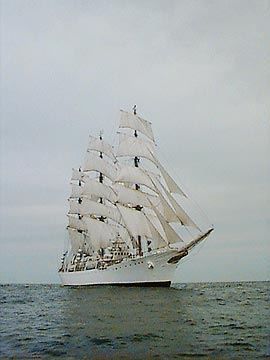 An international tribunal has ordered that an Argentine frigate, seized in Ghana following an injunction imposed at the behest of a US hedge fund creditor, be released.

The injunction gave US-based vulture fund NML Capital the right to sell the ship unless Argentina settled a debt of defaulted bonds. The bondholders refused to enter two debt swap programmes that have successfully restructured almost 95 per cent of the country’s 2001 defaulted debt. NML Capital, known to be backed by the US billionaire Paul Singer, was suing Argentina for allegedly failing to pay out on bonds it bought from a heavily indebted government in 2000, one year before the country’s sovereign default.

Last October, the ITF executive board passed a resolution denouncing the actions of NML Capital claiming that they breached the sovereignty of a country. It demanded that the Ghanaian authorities release the vessel immediately and rejected the “actions of vulture funds against sovereign nations and the anti-trade union policies of the companies they invest in.”

On 14 November, Argentina submitted a complaint to the International Tribunal for the Law of the Sea based in Hamburg, Germany, claiming that the order issued by the court in Ghana contravened international law. The tribunal agreed and ruled that the frigate be released by 22 December. The government of Ghana stated that it would comply with the order.

Alicia Castro, Argentine ambassador to Britain and ITF executive board member, expressed particular gratitude for the ITF’s public support. She also praised Martin Mayer from the UK ITF-affiliated union UNITE who lent his full backing to the cause. She said: “We had the firm conviction that the international law, the treaties we have signed, the international courts and the United Nations system would finally support our claim.”

‘Tis the season to splash the cash