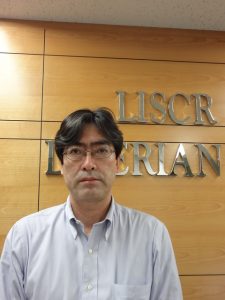 THE Liberian International Ship & Corporate Registry (LISCR), the US-based manager of the Liberian Registry, has appointed Takeshi Okamoto as president and managing executive officer of its dedicated office in Tokyo with effect from January 4, 2013. He succeeds Shigeki Fukuda, who will now assume the role of chairman of LISCR Japan, in which capacity he will continue to be active in the strategic management of the registry.

Takeshi Okamoto joined the Liberian Registry from ClassNK in 2012 as director of LISCR’s Tokyo office. During his time with ClassNK, one of the world’s largest classification societies, he served as a member of the technical rulemaking team and as a manager for the handling of international issues such as IMO discussion, as well as a field surveyor and auditor for shipbuilding and ship operations in Hiroshima and Piraeus, Greece. Mr Okamoto is a graduate of Kyusyu University, where he earned his master’s degree in naval architecture.

Mr. Okamoto says, “It is an honour to work for the Liberian Registry. Being part of the LISCR Tokyo staff and promoting the Liberian Registry in Japan is a rewarding challenge. I will strive to ensure that we continue to protect Liberian-flag vessels and their owners.”

Commenting on Mr Okamoto’s appointment, LISCR CEO Scott Bergeron says, “Japan is one of the world’s largest shipowning nations, respected internationally for its high standards. It is a very significant and growing market for Liberia, with strong historical origins. We are delighted that Takeshi Okamoto has agreed to lead our Tokyo office, and we are most confident that his skills and experience, in addition to his long-standing ties to the Japanese shipping community through his work with ClassNK, will further strengthen and develop our Japanese team.”

17 Years of Quality Operations – Republic of...