Getting over the finish line 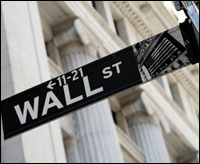 Thu 17 Jan 2013 – Specialist mergers and acquisitions (M&A) insurance is increasingly being used as a strategic tool by companies.

Global M&A activity has been somewhat reduced since the financial crisis reached its peak in 2008. However, there were a few positive signs of life in 2011 with companies spending more than $1.57trn on mergers and acquisitions, according to Bloomberg. Telecom and healthcare led the way with four of the five biggest deals of the year.

This activity has been short lived, though. Globally, deal volumes fell to their lowest level since 2005 in the third quarter of 2012, according to a report ‘M&A Trends & Insight for Lawyers’ from Thomson Reuters. On-going worries about the state of the global economy appear to be slowing things down.

In such an environment, insurance is increasingly being used as a strategic tool by companies. According to Adam Codrington, a partner at JLT Specialty Ltd, M&A insurance can help bring parties together to enable deals to go ahead.

“It can improve the position the seller gets, it can help the buyer negotiate better terms or it can help a buyer offer a more attractive bid if there’s an auction situation, ” he explains. “This type of insurance is used to take the risk out of the sale and purchase agreement for either the buyer or the seller.”

While the level of activity in the global M&A environment may be down, demand for M&A insurance has increased dramatically in the last 2 to 3years.

Such a tool is a boon in the current environment where market valuations are low and volatility is reducing. Boards are reluctant to dive into M&A transactions – even when they appear to make sound financial sense – fearing further financial shocks, particularly in Europe where the sovereign debt crisis looks to be far from over.

Even where deals are going ahead, they are proceeding slowly. The completion of one of this year’s biggest deals – the proposed merger between Swiss commodities trader Glencore and mining group Xstrata to form a $90bn company – has been delayed by a month to January 2013.

With a lot more caution in the current environment, insurance is seen by risk managers as a significant way to de-risk the transaction.   “The primary function of these covers is strategic, i.e. helping people get from A to B to get over a bump or to help the negotiations in the purchase or sale of a business, ” explains Codrington. “It can alter the tone of the whole negotiation.”

Lower pricing, broader coverage and growing capacity have resulted in an altogether better experience for the buyer. “The ease with which these products can be put in place has increased considerably, ” says Codrington. “The advisory community – the lawyers, investment bankers and corporate finance houses – are much happier to use these policies to help get over any hurdles between buyers and sellers in terms of the negotiation process.”   “In the old days it might take six to eight weeks to do a deal and the insurer might cover some but not all of the warranties and they’d want a rate of 3 to 4% of the limit purchased, ” he continues. “Nowadays you can get a deal done in a week, the underwriters will go back-to-back with the sale and purchase agreement and the price is more like between 1 and 2%, so the advisors and lawyers in particular have got a lot more confidence in the process.”

A decade ago M&A insurance, otherwise known as warranty and indemnity insurance, was not that common. Today, an increasing number of insurers are offering the product, including Lloyd’s insurers Beazley and Pembroke amongst others. However, it remains highly specialist and the barriers to entry are high because it can be difficult to find sufficiently qualified/experienced underwriters.

Many M&A underwriters are former corporate lawyers who understand the transactions, explains Codrington. “What they look for are commercially balanced, well-negotiated sale and purchase agreements. Secondly, they will look at the due diligence reports, tax positions and specific documentation around the deal as well as who is advising on the transaction and the companies involved. You can usually get a pretty good flavour for a deal that looks like it makes sense from one that doesn’t.”