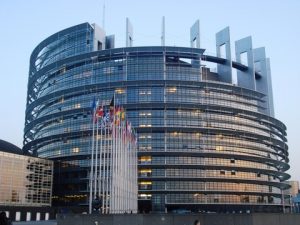 This morning, the European Parliament overwhelmingly rejected the 8 February European Council conclusions on the EU budget for 2014-2020 in their current form.

While accepting the ceilings proposed by the Council, MEPs urged for more flexibility and efficiency within the budget. During the meeting in Strasbourg, MEPs adopted by 506 votes to 161 and 23 abstentions, the resolution setting out the parliament’s mandate for talks with national governments over the multiannual financial framework for 2014 to 2020.

Last month European leaders reached an agreement on the EU budget for the next seven years, assigning 23 billion EUR for transport infrastructure projects. With a cut of one third in the 32 billion EUR initially foreseen, transport didn’t appear to be considered a priority sector in the next budget.

Although the transport infrastructure envelope increased, compared to the current multi-annual budget, ESPO and EFIP, backed by several other European transport organisations remained critical about the deal, but declared to believe in the importance of a swift adoption of the EU budget plan for 2014-2020.

The new resolution, which was prepared by the group leaders of the EPP, S&D, ALDE, Greens and GUE/NGL, gives Parliament’s negotiators a strong mandate to ensure that the MFF is flexible enough to allow available funds to be used optimally. MEPs also called for a mid-term review of MFF spending, so as to give the newly-elected Parliament and Commission an opportunity to influence the budgets that they will inherit from today’s legislators. Furthermore, Parliament makes the case for a system of genuine own resources to fund the EU budget and stresses that all EU expenditure should go through the budget.

The informal negotiations should result in a regulation laying down the MFF, for which parliament’s consent is required, as well as an inter-institutional agreement between Parliament, Council and Commission.

In the meantime, MEPs are negotiating the legal bases for the various EU programmes in parallel, but for these, Parliament and Council will have to decide through the co-decision procedure. If no agreement is found by early 2014, the MFF ceilings from 2013, adjusted for inflation, will then apply.

Greece can be the leader, not only in Shipping, but beyond that, if the political cost is set aside…