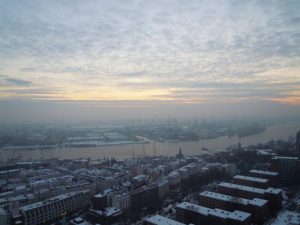 Where the Elbe meets the North Sea – a tourist’s perspective on the exciting maritime metropolis of Hamburg, By Oxana Andrienko

The first thing you will almost certainly notice when you arrive in Hamburg is that this city is concentrated around the huge harbour.

Hamburg in winter looks very much what it is: a windy Northern city, the second largest after Berlin in Germany and the most populous in Europe among non-capitals. The majority of its citizens work in this harbour area and the rest of them seem to work in the International Maritime Museum! The magnificent museum is devoted to the history of this harbour as well as shipbuilding, sailing ships and steamships, with an extensive collection of ship models., 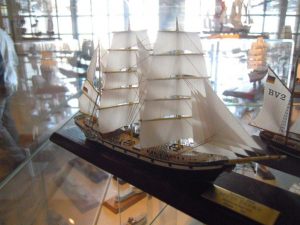 Opened in 2008, the museum is located in the very picturesque Warehouse district, the most extensive such district in the world, and overlooks the waters of the Elbe, half-frozen for part of the winter, and where bridges substitute streets. In fact Hamburg holds first place in the whole of Europe for the number of city bridges.

People there literally devote their lives to the harbour and its heritage, and are glad to show tourists around, which is most useful because they can provide you with sound advice on which sea food is the tastiest , as trying the sea food is an essential part of a stay in Hamburg.  Fish as well as other marine creatures, caught by anglers perhaps fishing in waters where they are not supposed to, would likely be among the cheapest in Europe.

The city revealed itself as quite bleak and austere at the time of our visit – either because of the biting wind or because most Germans are quiet and usually have a no-nonsense demeanour. Apparently that’s why the place was beloved by Bismarck as they probably were alike –  the “Iron Chancellor” and the stern city. 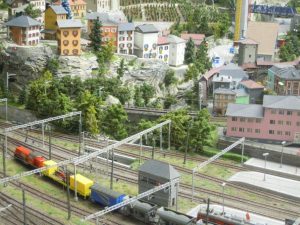 The atmosphere warms up, however, if you go there during the Christmas holidays – then you can visit the Christmas Market and enjoy the displays of home-made wooden toys and German Yuletide treats accompanied by warm, spicy Glühwein. Do be careful , though, as numerous slightly drunk people in the evening can be quite annoying.

Still on the aquatic theme, the city rejoices in two artificial lakes, the outer and inner Alster. Being completely frozen during the winter these resembled  a huge snowy field, and in the very centre stood a huge Christmas tree, which when illuminated at night makes you think of it as a beaming lighthouse.

It is actually very difficult to trudge around the city in winter snow, but it may well be the best season to visit because of the market and the festive fun. But in the summer there would probably be fewer angry tourists who weren’t expecting it to be so slippery in the streets, and more people basking by the Alster in the balmy weather. 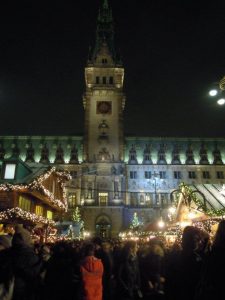 What you can do in any season is to visit the world’s largest railway model museum called Miniature Wonderland. Feel yourself a child again, regardless of your age, as you explore the railway inch by inch along with tiny model trains and people amid forests and houses – everything true to life on a miniature scale.

The city is the envy of many others in the world with its well developed network of subway trains and buses covering all parts of the city – complemented by the marvellous passenger ferry services which are an integral part of the public transport system.