The changing risk of Formula One 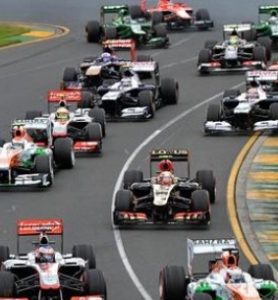 The changing risk of Formula One

With this year’s Formula One season underway, it is anticipated to be one of the most international and exciting ever. In a bid to win new audiences, the sport has introduced night races, street circuits and new venues – in 2012 new circuits were added in India and Austin, Texas, and there are plans to add races in New York and Moscow next year.

“Changes in Formula One present different risks, ” says Chris Rackliffe, a contingency underwriter at Beazley. “However, organisers of new races see the value in cancelation insurance and are more likely to buy cover to protect their considerable investments.”

“Night races in Asia, which accommodate European TV audiences, are of particular concern for underwriters, ” says Rackliffe. “One potential risk of a night race is how rain could affect the visibility of the drivers in a floodlit race, and what effect that this could have on the safety of the race, ” he adds.

As less traditional countries are added to the FI circuit, so are a wealth of new risks such as natural catastrophes and political violence, which have been less of a concern for venues in Europe and North America, explains Rackliffe.

“The Arab Spring and the cancellation of the Bahrain Grand Prix in 2011 highlighted the risk of political violence for event organisers. It also demonstrated why it is important to buy cover as far in advance as possible, because insurance is likely to be limited or too expensive once an event has happened, ” he says.

A country’s infrastructure is also a consideration, especially in some emerging markets, explains Rackliffe. “Contingency insurance covers cancellation due to events off track as well as on, such as a disruption to transport that prevents teams and equipment getting to the circuit, ” he says.

New circuits incorporate the latest safety features in their design, says Tim Butcher, Portfolio Manager at QBE, which insurers 12 out of 20 of the Formula One races. In contrast to traditional racetracks, newer circuits have fewer limitations on space, with large run-off areas that keep crowds back from the racing, he explains.

Despite better safety, the first race on a new circuit carries the greatest risk, says Butcher. “Something could have been missed and race organisers and marshals will not have the benefit of experience. There will also not be the comfort of a prior-year risk assessment, required by the sports regulator, the FIA, after each race, ” he says.

In a bid to make the sport more appealing, Formula One has introduced new features in recent years. For example, the Singapore Grand Prix was reintroduced in 2008 as a new street circuit and was the first night race in the sport’s history. There is even talk of a possible night race in the streets of Bangkok.

Singapore was a particular challenge for underwriters, explains Butcher, who felt compelled to visit the track ahead of the first race. “Space is at a premium in compact Singapore, and the country had not held a race in over thirty years, ” he says.

However, the possibility that one or more cars could leave the track at speed into the crowd is the highest risk from an underwriter’s perspective. “My biggest fear is when a series of events come together and cause a catastrophic disaster – the sport is now much safer, but you just can’t predict these types of accidents, ” says Butcher.

“Lloyd’s is the leading insurer of Formula One risks, ” says Richard Rainbow of broker JLT Speciality. “The market provides a wide range of products to the sport, and has a reputation for underwriting bespoke risks and for being adaptable. Underwriters are very open-minded to the sport’s risk profile, ” he says.

In addition to cover purchased by the teams, tracks and governing bodies, almost all Formula One drivers buy personal accident insurance to cover the risk of lost bonuses, salary and sponsorship moneys should an accident temporarily or permanently end their careers, says Rainbow.

Limits can be high, as much as five times an annual salary; and in Formula One, that can mean cover in excess of £10m.

Teams and sponsors also buy accident insurance to cover their costs should a driver not be able to fulfil race or sponsorship duties. They can even buy contract bonus insurance that protects against an unexpected run of success, while sponsors can purchase death and disgrace insurance to cover the costs of pulling an advertising campaign or combatting negative publicity.