HELMEPA on Prevention and Management of Marine litter 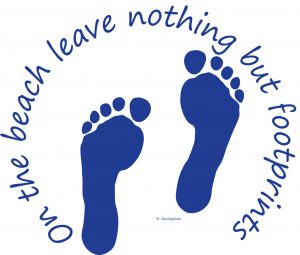 HELMEPA participated in the International Conference on Prevention and Management of Marine Litter in Berlin last week between Wednesday 10th and Friday 12th April.  The Conference was hosted by the German Federal Environment Agency (UmweltBundesAmt – UBA) on behalf of the Federal Ministry for the Environment, Nature conservation and Nuclear Safety (BMU), in cooperation with the European Commission. Key collaborators also included the regional sea conventions for the protection of the marine environment.

In what proved to be three days of intensive and constructive discussion, the German capital set the backdrop for the fundamental focal target of deliberation: an issue paper aiming to facilitate the establishment or further development of Regional Action Plans (RAPs) on marine litter in the regional seas or Regional Sea Conventions (RSCs) of European Waters, namely the Mediterranean, Black, Baltic and North Seas.

Two breakout group sessions held provided the opportunity for delegates – among whom were included scientists, NGOs and representatives from both industry and politics, to brainstorm on a number of important considerations consisting of overall/operational target setting, different use/type of products (packaging issues), sources of litter, together with effective strategies to be adopted in combating the issue of marine litter across Europe in a uniform way. Some of the ‘hot topics’ covered included new trends in “fishing for litter”, microplastics and the potential implementation of plastic bag levies. Notably, following the conclusion of these dialogues, German Federal Minister for the Environment, Nature Conservation and Nuclear Safety (BMU), Mr. Peter Altmaier, addressed the delegates and spoke about the urgency to take affirmative action now.

HELMEPA delivered a brief presentation to the conference delegates, during which the activities of the Association were highlighted with respect to the monitoring and recording of marine litter. Indeed, the HELMEPA representative spoke about the Association’s marine litter initiatives across the environmental awareness and maritime sectors through the data collected as part of the annual beach clean-ups conducted across Greece and the observations made of floating marine litter by HELMEPA member vessels, respectively.

The conference generated concrete results to help work towards a more immediate European-wide plan for the reduction of marine litter in European seas.