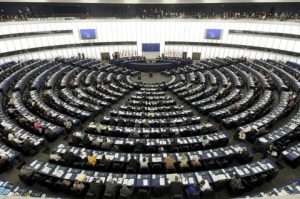 The European Parliament rejected today the proposal to introduce a levy on all ships calling at EU ports that would finance a fund to support sustainable recycling of ships.

The proposal had been introduced earlier by Parliament’s Committee on Environment, Public Health and Food Safety (ENVI). Instead, MEPs approved an amendment which calls upon the European Commission to submit by 2015 a legislative proposal for an incentive-based system that would facilitate safe and sound ship recycling.

“We welcome the outcome of the vote”, said ESPO Secretary General Patrick Verhoeven, “We understand the need to create an incentive for shipowners to opt for sustainable recycling, but the side-effects of the levy on the competitiveness of EU ports would have been very negative in terms of traffic evasion, changed ship calling patterns and modal back shift, not to mention the bureaucracy involved with it. By referring the task to create an incentive-based system to the Commission, there will be time to work out an adequate framework which would match the aim of creating sustainable conditions for ship recycling with respect for international rules and the competitiveness of European ports.”

The vote in Parliament is not a final one, it gave a mandate to open negotiations with Council in order to come to an agreement in first reading.