Hill Dickinson’s face in Monaco -a conversation with David Reardon 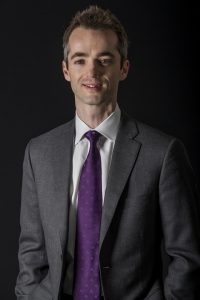 David Reardon, the partner who will be heading Hill Dickinson’s new Monaco office, took time out from his busy schedule shuttling between the yacht team’s Mayfair office in London and the principality, to talk to Margaret Pinder about the firm’s latest venture.

‘Monaco is the perfect match for both the yacht team and the firm as a whole. After all, it is the epicentre of the yachting world with more yachts, yacht owners, brokers and yacht-related businesses per square kilometre than almost anywhere else in the world. It was the obvious step for us to place ourselves here on the doorstep. And it’s quite a coup for us to be the first dedicated team of UK legal specialists in the field to open an office here.

‘It’s been less than 18 months since the yacht team moved from the firm’s city office to our own premises in St James’s Square, Mayfair and that has proved tremendously beneficial for us, so Monaco seemed the next logical step. We’ve been fortunate in that this was our first application to bring Hill Dickinson to Monaco and we were successful straight out of the gate. It places us in the heart of the Riviera with France and Italy just a short drive away.

‘It will be an interesting learning curve working alongside and in cooperation with the local Monegasque lawyers and, I have to say, everyone we’ve encountered so far has been tremendously helpful and generous.

‘I feel very lucky to be the one the firm has selected to open this venture, but of course I’ve had a lot of support from my other partners: Tony Allen who leads the yacht team and Russell Gardner from the marine trade and energy group in our London office.

‘We plan to start with yachting partner, Martin Penny, allocating time to support me in the new office and with other members of the yacht team working in Monaco on a rolling basis to allow us to provide the maximum possible service out of what will initially be a relatively small local operation. That said, we are well placed in a prime location – another St James’s address – in the Palais Saint James, avenue Princesse Alice, Monte Carlo, very close to some of the most prestigious Monaco hotels and, of course, the casino.

‘I’m at a good place in my career to do this; my family is young enough to handle the change, although I’m not looking forward to my daughters (the eldest is three) overtaking my – admittedly not very impressive – French linguistic skills. If I have one personal ambition for myself in moving to Monaco, it is definitely to radically improve my French!

‘When I started my career as a marine solicitor, the yacht business wasn’t what it has grown to become today. I think it’s the dramatic increase in the size of superyachts that has really moved the market forward and where, of course, most of our expertise lies. Where a yacht of 50 metres or 60 metres length was regarded as large, nowadays we’re involved in many yachts of over 100 metres with each one costing hundreds of millions of Euros. These are sophisticated projects requiring complex engineering and design and contractual arrangements which are tailored accordingly.

‘Regulation has inevitably been playing catch up as well, as rules which were only ever expected to be applied to large commercial ships are increasingly being applied to yachts. However, this is happening as yacht-friendly rules of equivalence are developed, but it is yet another area for us to keep abreast of. Compliance is certainly an important area, both in design and classification, but also in employment and manning requirements as larger vessels call for ever larger crew. One of our partners, Pawel Wysocki, has just contributed the section on employment and manning to the key publication in this field: Informa Publishing’s The Law of Yachts and Yachting which is indicative of our standing in this area of law. And with the kind of high net-worth individuals who contribute to our client base, the highest level of professional service is a given, as it always has been across the firm. ‘You ask me where I would like to see the Monaco office in a year’s time and I would say that we have high aspirations, but relatively modest ambitions in the short term (and a year is short term for this kind of venture). Obviously I want the new office to be profitable, to have established Hill Dickinson on the Monaco yacht scene with a reputation that is growing with the business. I hope to be in a position to have recruited two more assistants and to have built some real and solid relationships locally both within the legal community as well as the yachting world per se.

‘If I’m looking five years down the line then I would have to repeat that ambition, but with the reservation that expansionism is not the inevitable way forward, but rather a clear consolidation of the business as it has built up. If you ask me to sum up that five-year plan it would be to grow a highly regarded practice serving the yachting community out of our Monaco base and which, like our London office, has the reputation as the go-to firm for all aspects of legal work whether that’s finance, new build contracts or employment, to the more core shipping elements of casualty and complex insurance claims.

‘But for now I’m simply pleased to be at the ground floor of such an exciting new development for the firm and the yacht team. We can’t ever know what the future will hold, but I’m confident that wherever it takes us will be a good place to be, just as Monaco is a good place for us to be right now.’

Margaret Pinder qualified with Hill Dickinson 25 years ago and now works as an independent legal consultant.