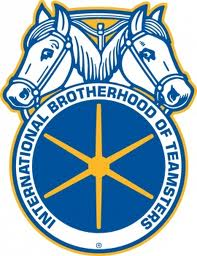 6 May 2013 – Further evidence has emerged that National Express Group is pushing human rights in its North American operations to the limit on the eve of its London AGM on 9 May.

Representatives of the US-based Teamsters Union will raise National Express’ continual poor record in North America at the AGM to be held at  Kings Place,   90 York Way, London N1 9AG at 14.00 on Thursday, 9 May.  They will be part of an international delegation joined by colleagues from Unite, the International Transport Workers’ Federation and the TWU.

New research  by the Teamsters of 165 drivers and monitors employed by Durham School Services in South Carolina last summer showed that buses had frequent breakdowns when students were on board, many buses were overcrowded  and a catalogue of mechanical malfunctions were reported, such as broken heaters and speedometers.

Research in Santa Rosa County in Florida also revealed similar problems.  Teamsters’ general president Jim Hoffa said: “It is clear that the evidence continues to mount that human rights are being pushed to the limit by Durham School Services. National Express needs to step up to the plate and take responsibility for the activities being perpetrated in its name in America.”

Unite’s assistant general secretary, Diana Holland said: “As the largest transport workers union, we welcome the Teamsters’ intervention at the annual meeting and hope this will shame the company to stop its abysmal anti-employee attitudes in the US.

“Our fear is that, if Durham School Services is allowed to get away with these abuses, such behaviour could creep into National Express’ UK operations which Unite would fight tooth-and-nail for transport workers and for passengers.”   Mac Urata, ITF inland transport section secretary, said: “I have witnessed the working conditions and spoke directly with Durham workers and I firmly believe National Express is falling short of its responsibilities to its US workers.   “The conditions I have seen risk the safe transportation of school children and the workers who operate the buses.  The company cannot hide behind rhetoric; we are part of an international coalition that demands immediate change.”

Last year the report, National Express Group’s Diminution of Labor Rights in the U.S was commissioned by Britain’s largest union, Unite and the International Brotherhood of Teamsters.

The company has been the recipient of many U.S. National Labor Relations Board complaints and charges that raised concerns of unlawful terminations, surveillance, retribution and disparate treatment of its employees who supported unions.

Notes to editors:   • Founded in 1903, the International Brotherhood of Teamsters represents more than 1.4 million hardworking men and women in the United States, Canada and Puerto Rico. Visit www.teamster.org    for more information. Follow us on Twitter @Teamsters and “like” us on Facebook at www.facebook.com/teamsters.   • The report, ‘National Express Group’s Diminution of Labor Rights in the U.S, ’can be found via this link: www.schoolbusworkersunited.org/sites/schoolbusworkersunited.org/files/121311NationalExpressLoganReportFinal.pdf  Unite is Britain and Ireland’s largest trade union with 1.5 million members working across all sectors of the economy. The general secretary is Len McCluskey.