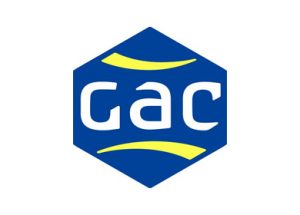 Many UK ports are being affected by high winds today (24 May), however wind speeds are expected to drop overnight.

At Mersey, both local pilot stations are currently not working due to the poor weather conditions. However, the Mersey BAR pilot us expected to be back on station by tonight’s 23:25 hrs tide.

The current outlook is as follows:

Low pressure in the North Sea will mean windy, showery conditions will often affect eastern areas during the second half of the week. Central and western locations will be more likely to experience dry and bright weather.
This east-west split is likely to remain in place into the Bank Holiday weekend with the brightest weather in the west, and the more unsettled conditions occurring further east and southeast. The continuing northerly winds will keep temperatures on the low side.

A rather cool and mainly unsettled picture looks like dominating the United Kingdom over the next couple of weeks.

For information about operations in the UK contact GAC UK uk@gac.com

The new Kiel-Holtenau South Lock will be closed again from 0700 on 28 May until 1500 on 29 May for maintenance works to be carried out.

(For information about operations in Germany contact the GAC Hub Agency Centre at hub.gb@gac.com)

Brazilian energy firm HRT has announced that it had discovered oil off the coast of Namibia, although not yet in commercial volumes.

The find came from an exploratory well off the country’s central coast. Prospecting had begun in Namibia’s deep Atlantic waters, in the hope the country could become the latest southern African country to strike oil reserves. Angola to the north is Africa’s second-biggest producer of crude,  after Nigeria.

The company said it was encouraged by the results of the test and would now begin work at a second exploration location nearby.

For information about operations in Namibia contact GAC South Africa at shipping.capetown@gac.com

In about ten days, the Santos Port is expected to be able to allow vessels with draft greater than the actual accepted  limit, enabling them to to carry more cargo per voyage and reducing logistic costs for cargo handled in the region.

The current depth is 13.5 metres. By the beginning of June, this is expected to be confirmed as 14.8 metres.

The new restriction of the navigation channel will allow the ships to operate with a draft of 13.2 metres. This reduction is due to the fact that the Brazilian Navy requires a safety space between the keel of the vessel and the bottom of the channel.

The new port conditions will be tested in virtual simulations to determine the limits of the maneuvers, especially with the repositioning of buoys (necessary with the change in navigability). These tests will be performed between 27 and 29 May by Naval Engineers and Technicians of the Harbour Master and CODESP (Docks Co.) at the Oceanic Institute in Sao Paulo.

Plans for the approval of the new depth have been approvd by the Board of the Port Authority (CAP) of Santos, based on the depth reached by dredging (14.9 m), draft of 13.2 metres operating, Subject to favorable reports of the tests within 72 hours (3 days), all navigation buoys will be repositioned.

The approval, however, occurs only for parts 1 (the Santos Barra until Shed 39) and 2 (from Shed 39 up Shed 29). Sections 3 and 4, which follow until end of the Navigation Channel, remain with depth of 12.2 metres and operating less than 11 metres.

For information about operations in Santos contact GAC Brazil at shipping.santos@gac.com

UNEP Launches Knowledge and Cooperation Platform for a Sustainable Future