Philip of Macedonia – who single-mindedly built a commanding European empire, primed for his son Alexander the Great to expand into Asia – has a thriving legacy in Plovdiv, which it seems was his favourite city.

The stamp of this titan of the fourth century BC on the Bulgarian metropolis is one of many boons in aid of a vigorous campaign by the city to be named one of the two European Capitals of Culture 2019. The conqueror of vast Balkan territories ensured that his name would live on by vaingloriously calling the city he had grabbed Philippopolis. 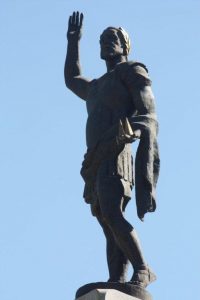 Whichever two cities win the prized cultural capital accolade – one will be chosen from Bulgaria and one from Italy – Plovdiv will have laid claim to move substantially up the list of “must visit” heritage destinations. Its municipality is pouring much effort and funds into a programme to raise the Plovdiv profile as a tourist-friendly hotspot.

The signs are promising: the city has just hosted its second annual international meeting of tour operators, which attracted 100 specialists in the travel business from 20 countries, with the largest foreign delegation being from India, one of the key nations in the realm of outbound tourism.

Little known to the majority of modern travellers and holidaymakers from western countries, let alone from Asia, Plovdiv and its region has set out a compelling case for recognition as an appealing destination on a global basis.

It has all the ingredients: historical (riches of Thracians, Greeks, Romans, Byzantines, Ottomans, and Bulgarians in six museums with 300, 000 artefacts), cultural (fine arts galleries, concerts, crafts), thermal (nearby are the hottest mineral springs in Europe), wine (in 2012, more than 81, 000 people savoured tastings of new harvest wine in six cellars), architectural (cobbled old town with brightly painted Bulgarian Revival mansions once owned by wealthy merchants who embellished them with fancifully decorated niches) religious (fabulously adorned churches and nearby monasteries) and shopping (all the usual multinational retailers plus locally owned shops with distinctive fabric, wood and ceramic artistry).

Conveniently on the road between the capital, Sofia, and the sun-soaked Black Sea beaches, Plovdiv has been, despite its attractions, in the tourism shadows of those magnets for years. It has had but a small share of the 6.5m tourist arrivals the country as a whole attracted for instance in 2012. Now, archaeologically speaking, Plovdiv is digging itself into a hole, into many holes, to yield the structures that have been buried beneath centuries of urbanisation. As excavations continue, the city fathers expect impressive finds.

At the tour operators’ gathering, Ivo Marinov, Bulgaria’s deputy minister of economy, energy and tourism, said that Plovdiv, the oldest living city (on the basis that it has been inhabited uninterruptedly for 8, 000 years) in Europe, had tremendous resources allowing for the development of tourism, including an international airport. He referred to a particular feature which endows today’s city with a youthful energy: the six universities located there with 40, 000 students. 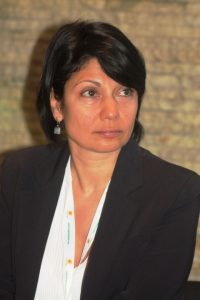 Plovdiv straddles the banks of the Maritsa River. Sluggish and shallow now, the river was navigable to small vessels carrying agricultural produce in the times of Philip, and until the 19th century. Known in Greek as Evros, and in ancient Latinised form as Hebrus, the river flows to form eventually a border between Bulgaria and Greece, and between Turkey and Greece, draining into the Aegean Sea.

Plovdiv deputy mayor Stefan Stoianov says that his city has always been a key point of commerce for the region, which has 500, 000 inhabitants and the largest international trade fair in southeast Europe. It is a transport and logistics hub, 13km from an intermodal terminal, with its nearest port Bourgas 280km away, and 330km from the port of Thessalonike (Greece).

At the head of a large army, Philip of Macedonia (who reigned from 359-336 BC) seized the settlement from the Thracians, re-founding it as Philippopolis, in 341, to spend many years based there. He married Princess Olympias of Epirus, who in 356BC gave birth in Pella, the then capital of Macedonia, to a son, Alexander. 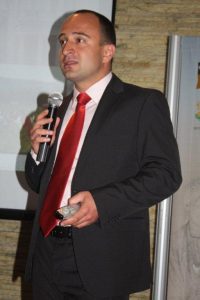 Philip’s ambition to conquer the Persian Empire was to be achieved by this son, as Alexander III, who pushed on as far as India.  Philip had bequeathed the means for his son to do so by creating the mighty Macedonian army. More than anyone, some have said, Philip changed the course of Greek history including securing access to the sea, capturing the port of Pydna in 357BC.

The best way to enjoy Plovdiv is on foot, strolling down the main street and sampling its pavement café life, switching to sturdy shoes for the higher, cobblestone areas.  Call at the old town cellars for Thracian Valley wines such as Villa Yambol and Domaine Peshtera cabernet sauvignon, merlot and muscat. Vinprom Peshtera has a long company tradition having accumulated 1, 500 hectares of high yield vines and signing partnerships with 200 vine-growing co-operatives. It has won a gold medal at the international wine competition in San Francisco and high commendations in the UK, Germany, France, Belgium and Bulgaria. Its exports have now reached one of the most important consumer markets – China.

Wine is said to have been invented by the ancient Thracians: their version though was thicker than the modern tipple. 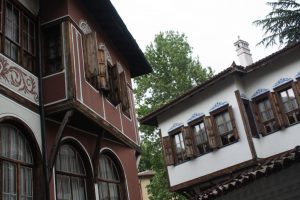 After all the excitement of sightseeing, the visitor should take time to relax in the lovely Tsar Simeon Gardens just a few paces from the ancient Odeon, and where old-timers spend their days playing chess and cards.

There is a nerve-wracking two year wait for the announcement of the choice of the 2019 European Capitals of Culture. Whatever the decision, there cannot but be plaudits for the enthusiastic and hard-working team at Plovdiv Municipal Enterprise for Tourism who are succeeding in putting their beloved city on more and more tourist maps.

The writer stayed at the four star Hotel Sankt Peterburg, and at the three star Nord, both excellent value, with attentive and friendly staff and comfortable facilities.

24Seven Technology Group ASA will be delisted from Oslo Axess.

Fly me to the Moon: Refined Luxury