Cracking down on polluters 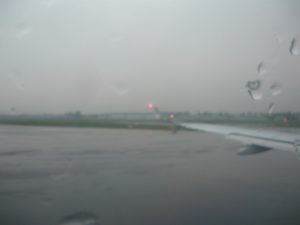 Cracking down on polluters
(source:Lloyd’s of London)

Wed 29 May 2013 – A growing number of countries are tightening environmental protection rules.

It follows guidelines introduced in 2007 by the Ministry of Environmental Protection and the China Insurance Regulatory Commission (CIRC) that tried to encourage the take-up of EL cover. There was limited success with only 2, 000 enterprises taking out the insurance.

China has had a high rate of pollution accidents in recent years, including the 2007 algae bloom in Tai Lake, Chao Lake and Dianchi Lake; the 2009 cadmium pollution accident in Liuyang City, the 2010 oil pipeline explosion in Dalian City and the recent air pollution problem in Beijing and its suburbs. In all these events the government has been responsible for the clean-up costs.

When pollution levels soared to record heights in Beijing in January 2013 there was angry commentary in the Chinese press and on social media websites, including calls to reduce the number of vehicles on the city’s roads.

China is not the only country to have taken a stricter approach to the environment. Brazil is also determined to ensure that the country’s pace of economic growth will not come at the expense of its environment.

“Globally, pollution and the environment is very much a public topic, ” says Simon Johnson, director of the EMEA Environmental Services Group at Aon Risk Services. “The fact people have got iPhones and can tweet, blog and share photos has meant countries are not able to hide their pollution anymore.”

“And it’s what you do as you mature, ” he adds. “You protect the resources that are of value to you.”

Yet despite tougher regulations, environmental liability remains a largely underinsured risk, even in mature markets like Europe.

The Environmental Liability Directive, which is based on the ‘polluter pays’ principle has been enshrined across the EU. In the UK, the Environmental Damage Regulations came into force in 2009 introducing civil sanctions for environmental offences and making companies liable for clean-up costs.

Nevertheless, insurance cover for environmental losses is often incomplete or even non-existent, according to a research paper from the International Underwriting Association (IUA).

There is often a mistaken perception that environmental liability risks are covered under general liability covers and that only heavy industries need to take out specialist EL cover.

“Some companies will just assume they’re covered for any pollution, ” says Johnson. “And because you can’t point to a lot of specific environmental damage claims companies don’t think it’s a big issue.”

He points out that companies could face significant costs if they cause environmental damage and don’t have EL cover in place.

“Generally fines are low, but fines are the tip of the iceberg. From what we’ve seen if you take the fine and multiply it by around a minimum of ten to a maximum of 200 or even more, that’s actually what it’s going to cost you by the time you’ve paid legal defence costs and clean-up costs.”

He points to the quantum of losses associated with Dutch chemical storage company Chemie-Pack, which was declared bankrupt in 2011 after a massive fire in Moerdijk led to a claim for clean-up costs by the local water authority. Total costs of environmental remediation are estimated at EUR65.4m, according to the Ministry of Infrastructure and the Environment in the Netherlands.

“If that sort of thing happened to a big client – a multinational – then they could afford it and they wouldn’t go bankrupt, but it would be a balance sheet-changing loss and could easily threaten the viability of a local operation, ” says Johnson.

“Companies have to be clear about the significance of their exposures, ” he adds. “They understand they have gaps but not necessarily the consequences. We explore that issue by looking at particular scenarios – such as where a sudden accidental event creates losses that are not insured by your current programmes and that is usually sufficient to get attention.”