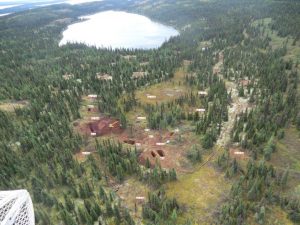 Iron ore – more and more. This is the scenario both for importer China, and for Canada, which has substantial reserves and a growing export hub,  the Port of Sept-Îles. Alongside the big mining players already in evidence in the Maple Leaf nation is a much smaller company but one which, according to analysts at Credit Suisse, has the world’s sixth largest attributable contained iron resource.

Century Iron Mines is a Canadian/Chinese exploration company developing a collection of properties, with the target of becoming the next direct shipping ore producer in Canada. It has mine development and logistics in place for first production in 2015.

With 20bn tonnes of resources (when those measured and indicated are added to those inferred), Century’s assets are said to be of the size of China’s own entire iron ore resources. The company sees itself as a future one-stop solution for the long term supply of iron ore to China.

All the demand parameters seem to favour its plans. In 2006, the big three (Rio Tinto, Vale and BHP) produced more than China bought; in 2014, China is expected to want to buy more from the big four (the three just mentioned plus Fortescue) than they can produce.

While the big four have dominated the supply side, even they cannot keep up with China’s growing reliance on seaborne ore, a gap that creates room for new suppliers. Credit Suisse has predicted that higher-cost producers face closure and that China’s domestic supply will be halved by 2015.

Directors of Century, which is listed on the main board of the Toronto Stock Exchange and has a current market capitalisation of $40m, were in London earlier in May to update investors. Company president and chief executive Sandy Chim takes pride in business partnerships which represent “a vote of confidence by China” and mean that 70% of its product is already pre-sold. 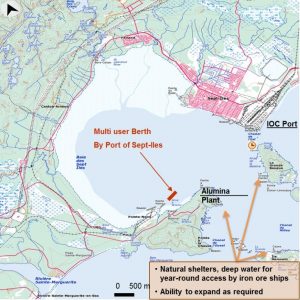 Two strategic partners are Wuhan Iron & Steel Co (Wisco) and MinMetals Resources.  Wisco has a 24.5% equity stake in Century and has signed an off-take agreement for up to 60% of production. China’s oldest steel enterprise, Wisco produces up to 40m tons annually of steel products, as one of the big three state-owned integrated iron and steel groups.  Separately, it has interests in the properties of at least three other companies working in the in the prolific ore-producing region known as the Labrador Trough.

MinMetals has a stake of just under 5% in Century, and an off-take agreement for up to 10% of the production. It is a subsidiary of China Minmetals Corp, a state-owned company based in Beijing.

Century and Wisco have formed a 60%/40% joint venture to develop three projects: Duncan Lake, Sunny Lake and Attikamagen. Wisco is set to fund the company for the next $80m of capital spending.

Some of the Century properties are south of James Bay close to Hydro Quebec, roads, and towns with skilled labour; and others in the Labrador Trough in eastern Québec and western Newfoundland and Labrador.

In the last quarter, Century has received two positive preliminary economic assessments. Among other findings, these confirmed that the company has a strong, debt-free balance sheet and funding to bring its Duncan Lake project, which on the assessment has a net present value pre-tax of $4.1bn, to the stage of a bankable feasibility study, which will be carried out towards the end of 2013. 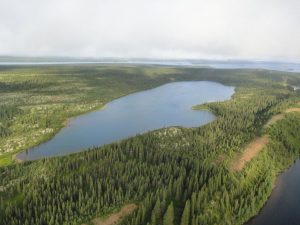 The preliminary economic assessment for its Joyce Lake project in Newfoundland gave a net present value of $95m pre-tax. The Joyce Lake operation is part of the Attikamagen project, 15km from Schefferville, and in which Century has joint ventures with Wisco and Toronto-listed Champion Iron Mines. Total capital expenditure cost for the Joyce Lake mine was put at $96.6m. The target for Joyce Lake is 1m to 3m tonnes of direct shipping ore, to be taken by rail 217km to Ross Bay Junction and from there 356 km to Port of Sept-Îles.

Mr Chim welcomes developments at the naturally sheltered Port of Sept-Îles, which has year-round access to the St Lawrence Seaway and describes itself as the leading iron ore port in North America. Its ocean basin can take ships up to 400, 000 dwt.

In 2012 it handled by volume 7.5% more cargo than the previous year, to reach 28m tonnes. This was mainly the result of the growing volume of iron ore. Canada’s federal government has pledged to cover 25% of the funding of a new multi-user dock costing $220m. Five mining companies – Alderon Iron Ore Corp, Champion Iron Mine, Labrador Iron Mines Holdings, New Millennium Iron Corp, and Tata Steel Minerals Canada – will finance half the project, to be completed over a period of 18 to 24 months.

The new dock will be at Pointe-Noire, on the site of the former Gulf Pulp & Paper dock, and will have a 420 m long approach. It will have a length of 450 m, with two berths. Port of Sept-Îles president and chief executive Pierre Gagnon has said: “This new terminal will strengthen the Pointe-Noire sector’s major role in iron ore shipping in Canada, and with a capacity of 50m tons annually, the terminal will become a focus of strategic development for the port and its users.” 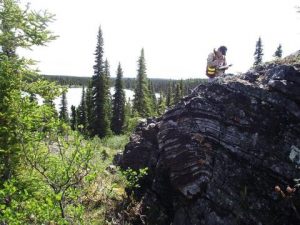 He is convinced that emerging market development led by China – which buys 70% of seaborne iron ore – is leading the world steel industry into a new era of growth. Even at a total 700m tonnes a year, China’s per-capita steel consumption is way behind that of its much smaller neighbour, South Korea .

China’s steel output grew from 101m tonnes in 1996 to 709m tonnes in 2012, and the steelmakers have to keep the blast furnaces going 24/7. China already has an $8.2trn economy, and there is so much more construction to come. Over the next 10 years, China, though slowing down, will still contribute 58% of steel tonnage growth, says Mr Chim.

Pareto Securities has estimated that China’s iron ore imports will reach a rate of 1bn tons annually by 2015, with the 2013 figure possibly in excess of 800m tonnes. It says that this is not just about volumes, but about need for higher grade material to offset the low grade of domestic ore.

Cracking down on polluters