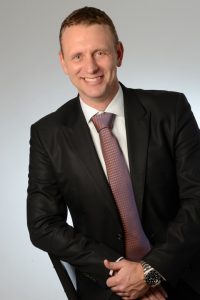 10 June 2013 – The International Bunker Industry Association (IBIA) has appointed Jens Maul Jørgensen of Oldendorff Carriers as its Vice-Chairman. He will therefore become Chairman in April 2014. Dilip Mody of Global Fuels & Lubricants has been re-appointed Honorary Treasurer.

The appointments were made at meeting of the association’s board in Istanbul this week.

Welcoming the appointments IBIA chairman Simon Neo said: “I’m delighted to be supported in my role as IBIA chairman by Jens. As marine fuel buyer for a major shipping company, he brings an important perspective to the association at a time when owners are looking at the impact of ECAs and low sulphur regulations.”

He added: Dilip has been a loyal IBIA member, has huge experience in the Indian market and has been with us since our inception in 1993.”

Jens Maul Jørgensen recently celebrated his 22 year anniversary in shipping. He started in August 1990 as a trainee with the shipbroker company Fisker & Bom. In 1992 he joined Avedoere Shipping A/S in Copenhagen where he worked in chartering, agency and operational areas. In 1996 Jens moved to the other side of the desk and became a bunker manager, responsible for the entire Armada Group in Switzerland, dealing with bunker and risk management. After four years he became director of the bunker department, including risk management activities, at Germany’s dry bulk owner and operator Oldendorff Carriers.

Jens today leads a team of six purchasers and 13 inspectors worldwide and in 2012 had on average over 400 active vessels on list for the spot market. He is an acknowledged speaker and has presented at most of the main bunker conferences around the world. He became an IBIA board member in 2010. Jens is married and has two children.
Dilip Mody- career summary

Dilip Kumar Mody was the first Indian member of the International Bunker Industry Association joining at its inception in 1993.

Dilip was the partner and manager of Amar Automobiles (retail gas station), servicing the local trade for automobiles and trucks from 1972 to date.

He was the marketing director of Sheen Petrochemicals and was responsible for sales and business development of the distillation unit from 1989 to 2006.

He is currently the managing director of M/s Global Fuels & Lubricants Inc, responsible for overall development and management of the firm since 1975 to present.

Since 2006 he has been the independent of M/s Modest Infrastructure, a shipbuilding firm.
He is responsible for business development and resolving complex issues that are faced by the companies.

From 2008 to present he has been the director M/s Ocean Bunkers (barge owning and operating company) responsible for overall management and business development of the firm.

He has thus covered the Indian bunker market from supplies right through to barge making and complex logistical development.

About IBIA
IBIA exists to provide an international forum to address the concerns of all sectors of the international bunker industry; to represent the industry in discussions and negotiations with national and international policy makers, legislators and other groups and bodies; to review, clarify, improve, develop and endorse where appropriate, industry methods, practices and documentation; to increase the professional understanding and competence of all who work in the industry; to provide services and facilities for members and others.

IBIA gained consultative status with the International Maritime Organization (IMO) in November 2005 and is represented at all relevant meetings.

IBIA actively seeks to involve its members through its annual convention by educating and motivating members to concur on major issues and topics of the time, creating the “IBIA Position” to present to IMO.