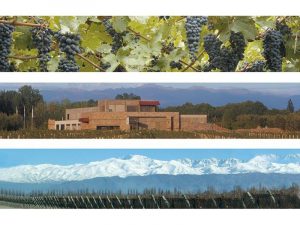 The long and winding road in Argentina for wine lovers: Ruta 40 uncorks new delights for European connoisseurs,  By James Brewer

It has been likened to a Route 66 (the old highway from Chicago to Los Angeles that brought prosperity to many communities) for oenophiles.  Ruta 40 in Argentina and its viticultural attractions convinced ex-City financier Christian Rothhardt to set up his own business supplying fine wines direct from the bodegas to Europe. He journeyed more than 10, 000 km by road in the Andean nation “with the aim of unearthing the best producers Argentina has to offer. In the end we whittled it down to 12 carefully selected family-owned boutique wineries producing more than 70 different wines, ” he says.

Through his import company, appropriately named Ruta 40, those wine makers have gained access to what to them are new markets of connoisseur consumers. Mr Rothhardt admits however that the importing nations represent something of a mixed case, with Britain’s high tax regime striking a notably unpalatable note. 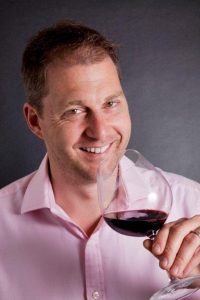 He told www.allaboutshipping.co.uk :””I would see the UK market as mainly flat over the next few years. One issue the UK market faces in particular is that excise duty (the government tax that is charged as a flat rate on every bottle of wine) increases every year by the retail price index plus 2%. This means that in this fiscal year, the increase of the tax was around 5%.

“In addition the Government charges VAT on its own tax (not quite sure where the value added comes from!)  Consequently, consumers have to pay more for the ‘same’ bottle of wine every year. Thus in the current limited GDP growth environment, this leads to a flat overall market.

“Within the market, about 70% is at a price point below £10 a bottle, and this is mainly dominated by the supermarket channels, and their special offers feature heavily. The average bottle of wine sold in the UK has a price point of just over £5.

“Ruta 40’s portfolio is heavily weighted towards the £10-£20 price bracket. The idea is that as wine of equal quality from the Old World countries costs around £20-£30, the consumer can save £5-£10 per bottle for equal quality as our wine comes from Argentina, where the climatic conditions for growing are ideal and labour costs are significantly lower.”

What of radically new markets, such as China?  Mr Rothhardt says that the Asian nation is starting to become increasingly important for Argentina, “albeit the high-end Chinese consumer basically does not like the taste of wine and drinks for prestige. Consequently they focus a lot on the top Bordeaux chateaux and increasingly on Burgundy.

“I do not believe that China will become a very significant market for Argentina until the middle class increases buying of wine they really like to drink. Given the explosive growth of wine schools and the level of wine education in the Chinese middle class, I personally believe that this will happen, but it is probably still three to five years off.”

Before experiencing the unfiltered enjoyment of the wine business, Mr Rothhardt’s ‘estate’ was the Square Mile. He was in the financing team of private equity firm Triton Partners (and earlier with Credit Suisse and UBS) until summer 2009, when amid the general post-Lehman Brothers malaise he decided to quit his job to go travelling.

The trail took him to the wine provinces of Mendoza and Salta in Argentina and on his return to the UK he was dismayed that he could not find the flavourful ‘boutique’ product in the shops. He could not resist returning to the wine paradise to enlist a dozen family-run businesses as partners, cutting out the export middlemen. It was confirmation of his hypothesis that wine, like finance, is about relationships.

Ruta 40’s latest marketing campaigns included a presence at Pinta London 2013 (the Modern & Contemporary Latin American, Spanish and Portuguese Art Show) in June at Earls Court. Head of sales and marketing Ebony Conditsis invited attendees to sample the range. A white, Laborum Torrontos 2011, was produced from grapes grown at 1, 750 m above sea level. The altitude brings extreme swings of temperatures resulting in a drink that is “clean and without a hint of oak, ” said Ms Conditsis.

The red at the Pinta stand was a Trapezio 2010, consisting of 40% Malbec, 30% Merlot and 30% Cabernet. This was from the Alto Agrelo vineyards, 950 m above sea level. The wine is aged for six months in second-use oak barrels “with the aim of preserving the clean, natural fruit flavours that the wineries’ gorgeous surroundings create.”

Mr Rothhardt meanwhile is encouraging aficionados to sample the joys of Ruta 40 for themselves. His company’s website includes a series of tourist tips. It counsels: “You can easily spend a week in Mendoza province and not get bored. Apart from visiting wineries, there are about four golf courses in the region, fantastic white water rafting and other adventure activities about 1.5 hours away towards the Chilean border.”

Or go north to Salta: “Taste the most incredible high altitude wine, eat some outstanding BBQ baby goat and just appreciate the endless space and the freshest air.”

Greece: Samaras’ flotsam and jetsam* with the media