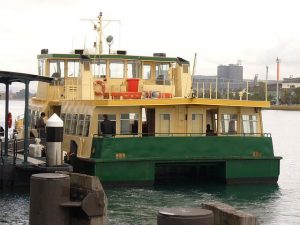 The ITF has warned a major Australian coal exporter that it’s behaviour is being monitored. Port Waratah Coal Services (PWCS) has been put on notice by the ITF and IndustriALL Global Union and is being targeted with action over attempts to dramatically alter working agreements without consulting the workforce.

Workers at PWCS, which has coal exports amongst the largest in the world from the Port of Newcastle, are represented by a five union strong single bargaining unit (SBU) – which includes two ITF affiliates, the Maritime Union of Australia (MUA) and the Transport Workers Union of Australia (TWU), and three IndustriALL affiliates. Since negotiations for a new enterprise agreement began in August last year there have been over 50 meetings with management.

Throughout the bargaining process management has been employing aggressive anti-union tactics, including a removal from the agreement of any mention of trade unions and a serious weakening of workers’ rights. There have also been attempts to include more outsourcing of the workforce into the agreement.

ITF president and MUA national secretary Paddy Crumlin explained: “Workers at PWCS have consistently delivered increased productivity. However the company has now been ideologically driven to demand more flexibility without negotiation with the unions. At the same time it has attempted to remove all mention of unions and rights to fair dispute resolution from its agreement in an attempt to break the unions at the site.

“Workers at PWCS have voted to take protected industrial action. Meanwhile the SBU is committed to pursuing a negotiated outcome that provides job security and the necessary protections to employees. We therefore call on PWCS, Rio Tinto and the coal companies who use the port to demonstrate their commitment to negotiating a collective agreement that provides for job security and rights to union protection.”

He concluded: “We will not stand by and let PWCS attack union members and their families. The ITF and its affiliates are closely watching the progress of this dispute and are ready to mobilise our worldwide resources to achieve a fair resolution of this dispute.”

The “EEMS SOLAR” and responsibility for bad stowage